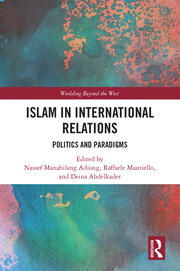 Islam in International Relations: Politics and Paradigms analyses the interaction between Islam and IR. It shows how Islam is a conceptualization of ideas that affect people’s thinking and behaviour in their capacity to relate with IR as both discipline and practice.

This approach challenges Western-based and defined epistemological and ontological foundations of the discipline, and by doing so contributes to worlding IR as a field of study and practice by presenting and discussing a broad range of standpoints from within Islamic civilization. The volume opens with the presentation and discussion of the international thought of a major Muslim leader, followed by a chapter that addresses the ethical practice of IR, from traditional pacifism to modern Arab political philosophy. It then switches to applying constructivism as a tool to understand Islam in world affairs and proceeds to address the issue of how the ethnocentric approach of Western academia has hindered our understanding of world affairs. The volume moves on to address the ISIS phenomenon, a current urgent issue in world affairs, and closes with a look at Islamic geopolitics.

This comprehensive collection will be of great interest to students, scholars and policy-makers with a focus on the Muslim world.

1. Analyzing and Theorizing about Islam and IR: Non-Western International Relations and Geocultural Epistemologies  2. The Khamenei Doctrine: Iran’s Leader on Diplomacy, Foreign Policy and International Relations  3. The Arab Right to Difference: Taha Abderrahmane’s Concept of the Awakened Youth, and the Formation of Modern Arab Nationhood  4. Reconciling Islam and Pacifism: A Traditionalist Approach  5. Constructivism in the Islamic Approach to International Relations: Davutoglu and Qutb as Case Studies  6. Beyond Terrorism and Disorder: Assessing Islamist Constructions of World Order  7. Struggling for Post-Secular Hegemony: Causal Explanations for Religious Discrimination in the Islamic Republic of Iran  8. Belying the Human Web: Western Perceptions of Islam and the Danger of a Single Story  9. Foreign Policies of Political Islam Movements: Of the Use and Reconstruction of an Ideological Reference  10. The Geopolitics of the Wahhabi Movement: From the "Neglected Duty" to Daesh  11. Islamic State’s notion of ‘mobile’ Sovereignty/Territoriality in a Postsecular Perspective  12. Towards an Islamic Geopolitics: Reconciling the Ummah and Territoriality in Contemporary International Relations (IR)

is an Assistant Professor at the Faculty of Persian Literature and Foreign Languages, Allameh Tabataba'i University, Tehran (Iran), and an invited Lecturer at the Master's program in Geopolitics and Global Security at the Sapienza, University of Rome. Previously, he was a Postdoctoral Research Fellow at the Faculty of World Studies, University of Tehran (2015-2017). He received a Ph.D. in Islamic Civilization: History and Philology (2009) from the Sapienza, University of Rome. Dr. Mauriello is a historian and linguist, specializing in International Relations, Islam, Iran, and the Hispanic World. He is the cofounder of Co-IRIS (International Relations and Islamic Studies Research Cohort) and serves as co-editor of the International Journal of Islam in Asia (BRILL) and the Islam and International Relations book series (Gerlach Press). In 2013, he was awarded The World Prize for the Book of the Year of the Islamic Republic of Iran in the field of Islamic Studies for his monograph on Descendants of the Family of the Prophet in Contemporary History: A Case Study, the Šī‘ī Religious Establishment of al-Nağaf (Iraq). Dr. Mauriello is a regular commentator on international affairs on television (BBC, HispanTV, PressTV, RussiaToday) and radio (Radio3Mondo, RSI, Radio24, RadioCusanoCampus, RNE).

is Associate Professor in the department of Political Science at the University of Massachusetts Lowell and a Visiting Scholar at the Center for Middle East Studies at Harvard University. Abdelkader is a Comparitivist and International Relations specialist. Her scholarly interests and research focuses on the regions of the Middle East and North Africa Her research topics are Comparative Democratization in the Muslim World, Islamic Activism, and the Role of Muslim Women in Religious Interpretation. She is the author of Social Justice in Islam (2000) and Islamic Activists: The Anti-Enlightenment Democrats (Pluto Press, 2011). Abdelkader is also one of two women on the Islamic Jurisprudential Council of North America (Fiqh Council of North America) and she is also part of the editorial board of the Digest of Middle East Studies. Abdelkader is a co-founder of the Research Cohort of Islam and Democracy, and Co-editor of the Co-Iris publications. 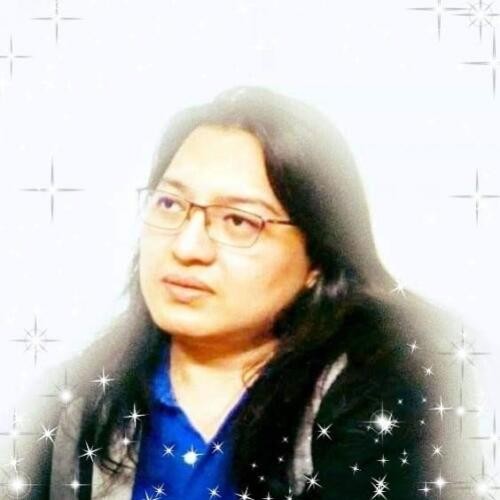