Islam in Perspective
A Guide to Islamic Society, Politics and Law 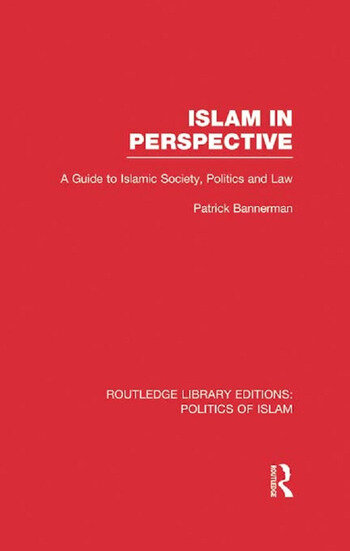 Islam in Perspective: A Guide to Islamic Society, Politics and Law

There has been a significant upsurge of western interest in the political manifestations and significance of Islam in the last decade, fuelled by the notion of Islamic ‘revival’, the Iranian revolution and by events in countries as diverse as Egypt, Pakistan and Sudan.

Oil power and its effect on the international economic order, the relationship of Muslim countries with the superpowers and the continuation of the Arab-Israeli conflict have also served to focus attention on Islamic politics and, in particular, on the notion of Islamic reassertion.

As the author of this book argues, one result of this interest has been the development of a view of Islam as monolithic and implacable. He takes a broad view of the intellectual and cultural history of Islam, emphasising the extraordinary diversity of Islamic societies and the ways in which the ideal is often pragmatically adapted to reality. In this wider social and historical context, the nature of Islamic revival is then reassessed.