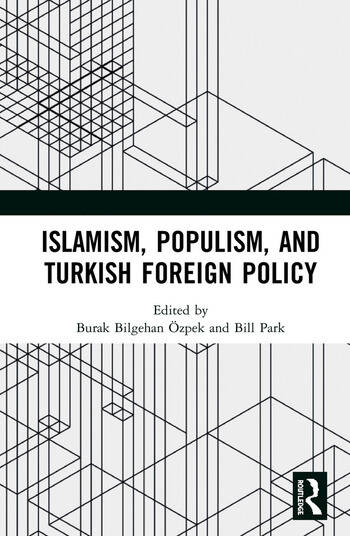 This comprehensive volume analyses the phenomena of populism and Islamism in Turkey under Justice and Development Party (JDP) rule since 2002, and its impact on the country’s foreign policy. The authors seek to identify the meanings of ‘populism’ and ‘Islamism’ in the Turkish context and their relationship to democracy there, exploring the extent to which they may explain the apparent rise of authoritarianism and illiberalism under the JDP and especially under President Recep Tayyip Erdogan, and address the tensions between Turkey’s ‘western’ and ‘Muslim’ discourses and the politicization of history in the ‘new Turkey’. They examine the implications of these developments for Turkey’s EU accession prospects and its western alliances, explore the impact they have had on the country’s approach to the Arab Spring, and consider their relationship to Turkey’s status as an emerging economy in an economically globalizing context. The volume also debates whether Turkish populism is unique to that country or reflects a growing trend in world politics, including in the west.

This book will be of great interest to students and researchers of political science and international relations, especially those with a focus on Turkey. It was originally published as a special issue of the journal Turkish Studies.

4. Dark taints on the looking glass: Whither ‘New Turkey’? Mustafa A. Sezal and İhsan Sezal

Burak Bilgehan Özpek is Associate Professor in the Department of Political Science and International Relations at the TOBB University of Economics and Technology, Turkey. His main research interests include the de facto states, Kurdish question, contemporary politics of the Middle East and Turkish foreign policy.

Bill Park is a Visiting Research Fellow in the Defence Studies Department at King’s College, London, UK. He is on the editorial board of Mediterranean Politics and the Council of the British Institute at Ankara (BIAA), and specialises in Turkish foreign policy and Kurdish issues.