Italian American Pentecostalism and the Struggle for Religious Identity 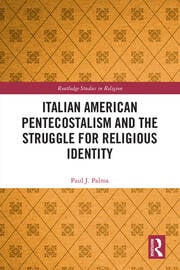 Italian American Pentecostalism and the Struggle for Religious Identity

While many established forms of Christianity have seen significant decline in recent decades, Pentecostals are currently one of the fastest growing religious groups across the world. This book examines the roots, inception, and expansion of Pentecostalism among Italian Americans to demonstrate how Pentecostalism moves so freely through widely varying cultures.

The book begins with a survey of the origins and early shaping forces of Italian American Pentecostalism. It charts its birth among immigrants in Chicago as well as the initial expansion fuelled by the convergence of folk-Catholic, Reformed evangelical, and Holiness sources. The book goes on to explain how internal and external pressures demanded structure, leading to the founding of the Christian Church of North America in 1927. Paralleling this development was the emergence of the Italian District of the Assemblies of God, the Assemblee di Dio in Italia (Assemblies of God in Italy), the Canadian Assemblies of God, and formidable denominations in Brazil and Argentina. In the closing chapters, based on analysis of key theological loci and in lieu of contemporary developments, the future prospects of the movement are laid out and assessed.

This book provides a purview into the religious lives of an underexamined, but culturally significant group in America. As such, it will be of great interest to scholars of Pentecostalism, Religious Studies and Religious History, as well as Migrations Studies and Cultural Studies in America

Through the Fire: The Historical Contours of Italian American Pentecostalism

1 "Tongues of Fire": The Roots of Italian Pentecostalism

2 The Fire Falls in Chicago: The Birth of Italian Pentecostalism

4 Italian Pentecostals on Trial: Opposition from Without and Within

5 Beyond Anti-Organizationalism: Italian Pentecostals, the Christian Church of

6 For Italians "The World Over": Italian Pentecostals and the Assemblies of God

7 Renewing the Barrios: Italian Pentecostals in the Southern Cone

8 "La promessa dello Spirito Santo": The Baptism, Gifts, and Directives of the Spirit

Conclusion "To the Jew first and also to the Greek" 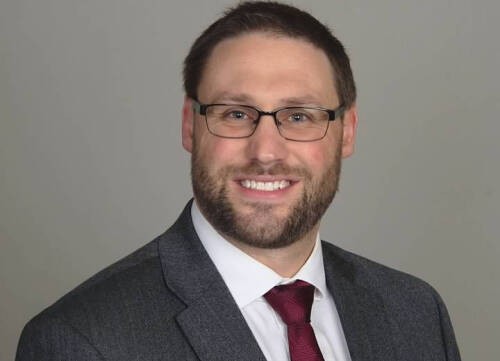 This is a splendidly detailed study affirming the rich diversity of the religious experience in Italian American communities. Thanks to Paul Palma’s careful research Italian Pentecostalism has become a subject that historians and anthropologists studying Italian Americana will be reckoning with for years to come. It challenges popular stereotypes and scholarly core narratives concerning the relationship of Italian Americans with the Roman Catholic Church, and it forces us to look in a new way at the beliefs as well as the practices among the peoples of Italian ancestry in the Western Hemisphere in the 20th and 21st centuries.

The history of the emergence of Pentecostalism among Italian migrants has long awaited a summative account which takes seriously its larger story. Concentrating on theological distinctives and origins in the vast waves of migration which broke upon American shores from the 1880s, Paul Palma has satisfied this need. Bringing piquant insights from oral and family history, Palma describes the importance of the American experiment and its powerful missional outpourings. The core taxonomy (of reformed revivalism, Wesleyan Holiness, and ‘the primal spirituality of the contadini’) is a definite advance in the literature, pointing to the significant work still remaining to be done in Italian language sources. This work will remain for some time a benchmark against which other works will push.

, Professor of History and Dean of the Faculty of Education, Arts and Social Sciences, Alphacrucis College, Australia

Despite a flood of new literature on global pentecostalism, almost nothing has been written in the last thirty years on white, European, ethnically-defined movements.  Paul Palma’s groundbreaking book treats Italian-American pentecostals—centered in Chicago—in their trans-Atlantic and inter-American breadth, linking Italy, the USA, Canada, Brazil, and Argentina.  Italian pentecostals fought over food, and whether the biblical prohibitions meant that blood sausage was forbidden.  The "blood issue" divided astinenza (abstainers) from libertà (the freedom party), and signaled a larger tension between stricter or looser approaches to cultural adaptation.  Palma’s monograph complicates and challenges existing black-white—or black-white-latino—narratives of North American pentecostal origins, and, for this reason, deserves to be widely read and discussed.

This elegantly written book reveals the unexpected, remarkable and surprisingly unknown story of Italian American Pentecostalism. Paul Palma beautifully depicts the contours and the inner social and spiritual world of a movement peculiarly shaped by ethnicity, race, and class as well as internal theological controversies and dissensions. Born out of a bricolage of folk-Catholic, Reformed evangelical, and Holiness currents, Italian American Pentecostalism emerged in twentieth-century America as a highly mobile spiritually and socially liberating movement. Rich with interviews, testimonies, historically rare pictures, and a detailed analysis of Pentecostal religious aesthetics, this book is one of the most evocative studies of Italian American religious and social life. Theoretically and theologically literate and empirically robust, the book is a wonderful contribution to the study of global Pentecostal and Charismatic movements.

Paul Palma’s research fills a gap in Pentecostal studies; in fact, despite an awareness of the originality of the Italian Pentecostal experience, a careful survey conducted on reliable sources that give an account of the vastness and complexity of the Italian Pentecostal experience, as well as its international diffusion, has so far been lacking. The Italian Pentecostal movement has its own originality in the international Pentecostal setting since its origins. The contact with American Pentecostalism was only initial. Italians set their own line of conduct because of their ethnic peculiarity and, a fact held in common with all of Latin Pentecostalism, were characterized by the strong anticlerical slant resulting from the great opposition they encountered. Palma has the merit of having illustrated and demonstrated these features with a wealth of arguments. We must be very grateful to him because with his research, Italian Pentecostalism is given due consideration within a specific field of studies, and therefore he has given the movement its rightful place among the Pentecostal movements of the twentieth century that have contributed to the rediscovery of the Spirit in the Christian world.

Italian Pentecostalism in the US represents a neglected piece of the varied story of American Christianity. Paul Palma has now offered us the definitive historical account of this movement. His richly detailed narrative brings together cultural and theological factors in a way that grants us a real feel for who these people were and what they stood for. Palma has written about my heritage, and he has done so marvelously well.