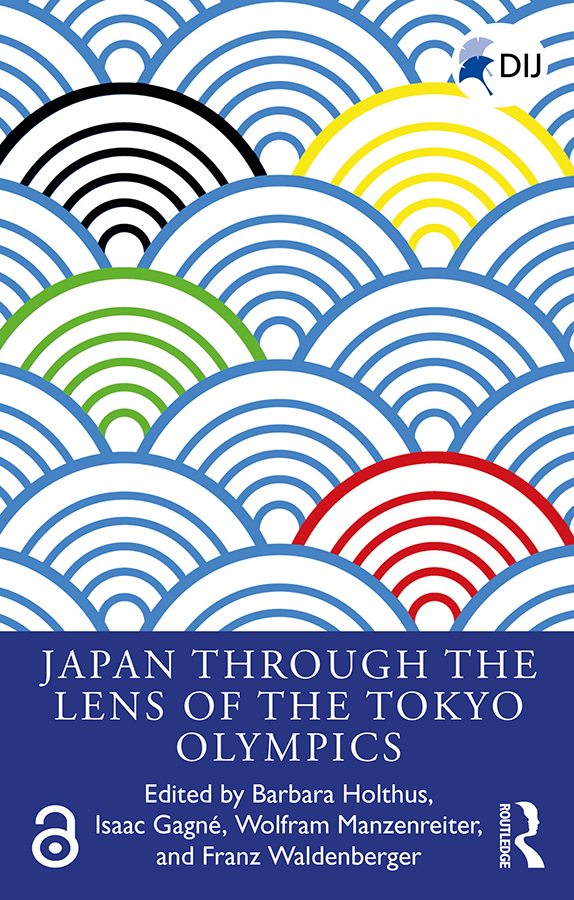 Japan Through the Lens of the Tokyo Olympics Open Access

This book situates the 2020 Tokyo Olympics within the social, economic and political challenges facing contemporary Japan.

Using the 2020 Tokyo Olympics as a lens into the city and the country as a whole, the stellar line up of contributors offer hidden insights and new perspectives on the Games. These include city planning, cultural politics, financial issues, language use, security, education, volunteerism and construction work. The chapters then go on to explore the many stakeholders, institutions, citizens, interest groups, and protest groups involved, and feature the struggle over Tokyo’s extreme summer heat, food standards, the implementation of diversity around disabilities, sexual minorities and technological innovations. Giving short glimpses into the new Olympic sports, this book also analyses the role of these sports in Japanese society.

Japan Through the Lens of the Tokyo Olympics

will be of huge interest to anyone attending the Olympic Games in Tokyo 2020. It will also be useful to students and scholars of the Olympics and the sociology of sport, as well as Japanese culture and society.

Written by leading experts on Japanese sport and society, this is the perfect guide for anyone – sports fan, tourist, or armchair viewer - wanting to know the inside story about the Games and Japan in the 21st century.

Full of fascinating insights and information, it is sure to become a bible for anyone intending to attend (or even just watch) the 2020 Olympics in Tokyo. Definitely a winner.

This is an essential briefing for anyone wishing to know what is at stake as Tokyo hosts this global sporting mega-event.

Take this book along as you ride the trains and explore the city. It will be valuable long after the last medal has been awarded.

This insightful overview of the intersection of Japan with the Olympics has something for everyone, whether academics, journalists, fans of Olympics or fans of Japan.

An outstanding guide for those seeking to understand contemporary Japan and its future direction.

2. Olympics and the media, Wolfram Manzenreiter

8. Karate: Bowing to the Olympics in style, Wolfram Manzenreiter

9. Herculean efforts: What the construction of the Olympic Stadium reveals about working conditions in Japan, Steffen Heinrich

14. San’ya 2020: From building to hosting the Tokyo Olympics, Hanno Jentzsch

16. Outdoor sports in the periphery: Far from the compact games, Daniel Kremers

17. Surfing: Taken with a grain of salt, Wolfram Manzenreiter

22. Sex in the city, Maki Hirayama

23. Games of Romance? Tokyo in search of love and Unity in Diversity, Nora Kottmann

26. Sex in the Village, Maki Hirayama

28. The difference between zero and one: Voices from the Tokyo anti-Olympic movements, Sonja Ganseforth

33. The Olympic and Paralympic Games as a technology showcase, Franz Waldenberger

34. Tokyo 2020: Connecting the past with the future, Round table discussion with Munehiko Harada, John Horne, Wolfram Manzenreiter

Barbara Holthus, Ph.D., is a sociologist and deputy director of the German Institute for Japanese Studies, Tokyo, Japan. Her main research interests include marriage and the family, childcare, happiness and well-being, media, as well as demographic change. Publications include Life course, happiness and well-being in Japan (2017, Routledge, ed. with W. Manzenreiter).

, Ph.D., a cultural anthropologist is a senior research fellow at the German Institute for Japanese Studies, Tokyo, Japan and managing editor of Contemporary Japan. He is a cultural anthropologist working on mental health and social welfare, morality and ethics, and religion. Publications include "Religious globalization and reflexive secularization in a Japanese new religion" (2017, Japan Review).

is professor of Japanese Studies at the University of Vienna, Austria. His research is concerned with social and anthropological aspects of sports, emotions, rural Japan, and transnational networks of the Japanese diaspora. Publications include Sport and body politics in Japan (2014, Routledge).

is an economist and director of the German Institute for Japanese Studies, Tokyo, Japan. His research focuses on the Japanese Economy in comparative perspective. Recent publications include "Society 5.0. Japanese Ambitions and Initiatives" in The digital future (2018, Konrad Adenauer Stiftung).