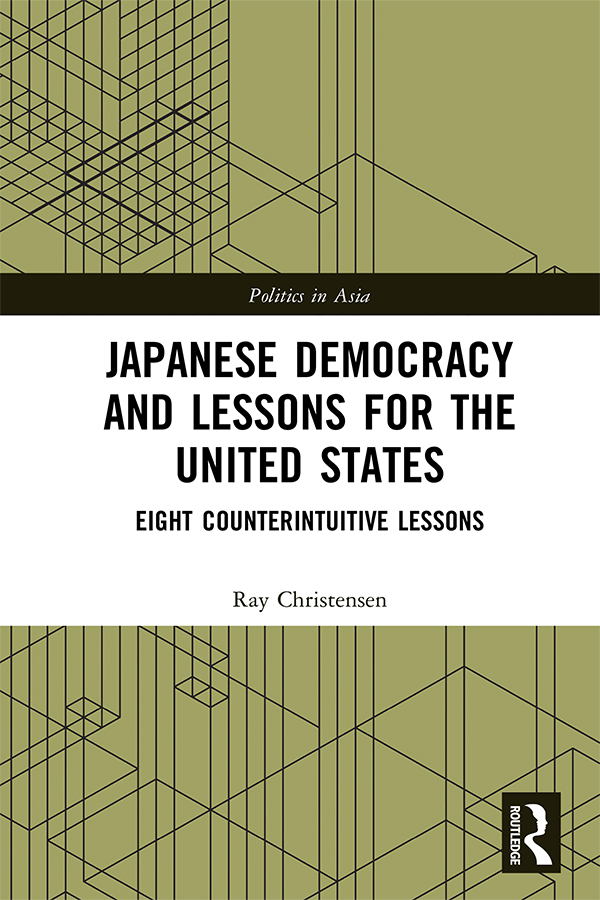 Japanese Democracy and Lessons for the United States

This book presents a collection of lessons on how best to run elections and politics, using examples from the Japanese experience and showing how elections operate in a non-Western democracy.

Featuring extensive data and evidence from both Japan and the United States, the themes covered include one-party rule, ballot security and voting procedures, election regulations, malapportionment and gerrymandering, court interventions, voter attachments, and distortions of the public will by election rules. In so doing, the analysis challenges conventional wisdom in both Japan and the United States, highlighting surprising and counterintuitive findings from decades of observation. This book also explicitly compares Japan to other, similarly situated democracies. Japan is therefore not treated as a standalone case but, rather, the lessons from Japan are contextualized for greater understanding and can be used to inform discussions about comparative elections and democracy.

Offering practical advice in relation to elections and the functions of democracy, Japanese Democracy and Lessons for the United States will be useful to students and scholars of Japanese, US, and comparative politics.

4. Drawing the boundaries of election districts