Japan's Relations with North Korea and the Recalibration of Risk 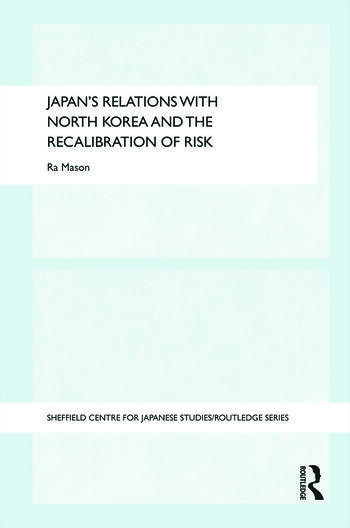 Japan's Relations with North Korea and the Recalibration of Risk

North Korea’s contemporary relations with Japan have been fraught with tension. Tactics employed by Pyongyang have included abductions of Japanese citizens, missile launches over Japanese territory, intrusions into Japanese sovereign waters, and nuclear tests in defiance of Japanese and international condemnation. In light of the security risk the DPRK poses, this book examines how the state, market, and society in Japan have framed North Korea as a salient evil, and have in turn constructed and manipulated the risks posed by their neighbour.

Using the example of Japan’s post-Cold War responses to North Korea, this book studies the concept of risk in international relations, and its interactive relationship with domestic civil society. It focuses on how security risks are identified and re-evaluated by policy makers, mass media, and civil society stakeholders, and in doing so disentangles the complex processes by which Japan has framed and recalibrated risks in response to the DPRK. By exploring how risks identified with Pyongyang’s behaviour towards Japan have been mediated between the state, market, and society via mainstream discourse in Japan, Ra Mason highlights the way in which these processes are causally linked to key actors’ conceptions of risk. Indeed, this book provides an original theoretical framework – distinguishing between risk and traditional threat perceptions – through which to address issues of national security and identity, as well as the norms which inform them.

Japan’s Relations with North Korea and the Recalibration of Risk will be welcomed by students and scholars across a wide range of fields including Japanese politics, Asia-Pacific studies, international relations, and security studies.