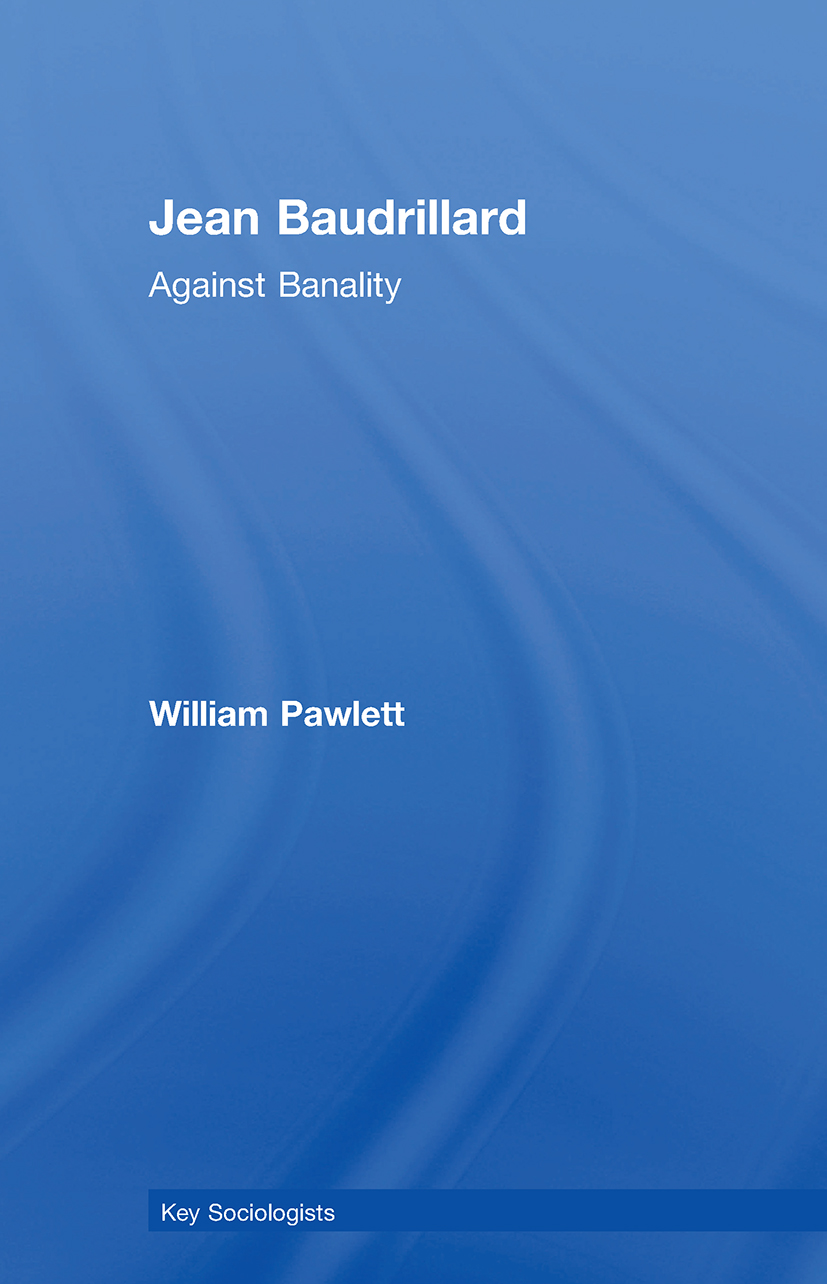 This uniquely engaging introduction to Jean Baudrillard’s controversial writings covers his entire career focusing on Baudrillard’s central, but little understood, notion of symbolic exchange. Through the clarification of this key term a very different Baudrillard emerges: not the nihilistic postmodernist and enemy of Marxism and Feminism that his critics have constructed, but a thinker immersed in the social world and passionately committed to a radical theorizsation of it.

Above all Baudrillard sought symbolic spaces, spaces where we might all, if only temporarily, shake off the system of social control. His writing sought to challenge and defy the system. By erasing our ‘liberated’ identities and suspending the pressures to compete, perform, consume and hate that the system induces, we might create spaces not of freedom, but of symbolic engagement and exchange.

"In America, Baudrillard is regarded as a harsh critic of consumerism, globalization, and US foreign policy; the rest of the Western world knows him as a postmodernist, an enemy of Marxism, and an opponent of feminism. However, Pawlett (cultural studies, U. of Wolverhampton) focuses on Baudrillard's little-understood ideas about symbolic exchange and proves that his primary project is to develop the concept of symbolic spaces in which we can rid ourselves of social control. Pawlett gives new readers of Baudrillard a solid background in Baudrillard's ideas about the object system, the sign system and the consumption system, his rejection of Marxism, the tenets of his under-appreciated Symbolic Exchange and Death, his thought about the end of the social, his commentary on the devaluation of the body and sex, and his takes on war, terrorism, subjectivity, identity and agency." -- Book News Inc., August 2008

1. The Object System, the Sign System and the Consumption System 2. The ‘Break’ with Marxism 3. Symbolic Exchange and Death 4. Simulation and the End of the Social 5. The Body, Sexuality and Seduction 6. Into the Fourth Order 7. War Terrorism and 9/11 8. Subjectivity, Identity and Agency

William Pawlett is a senior lecturer in Cultural Studies at the University of Wolverhampton. He received his PhD in Sociology from Loughborough University and is on the editorial board of The International Journal of Baudrillard Studies.