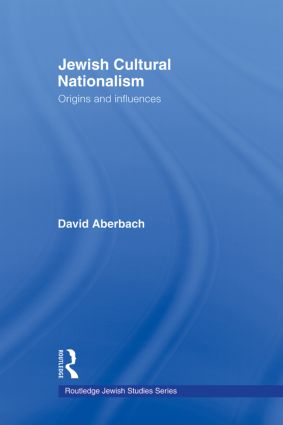 Jewish Cultural Nationalism explores the development of Jewish nationalism from the Bible to modern times, focusing on particular movements and places as well as texts which signified, or themselves brought about, change: the Bible (Hebrew prayer book), and the modern Hebrew literature, particularly in Tsarist Russia. While the influence of the Hebrew Bible alone on nationalism in individual periods has been subject to much scholarly study, the present work is unusual in its emphasis on the continuity of Jewish cultural nationalism and its influences through Hebrew texts.

'It is a worthy addition to Routledge's lively new 'Jewish Studies' series dealing with Jewish culture past and present and constitutes a useful, reliable, and readable summary of an important and 'relevant' topic, especially suitable for students and non-specialist readers as well as political historians' - Stefan C. Reif, Cambridge University, Journal of Jewish Studies, Spring 2009