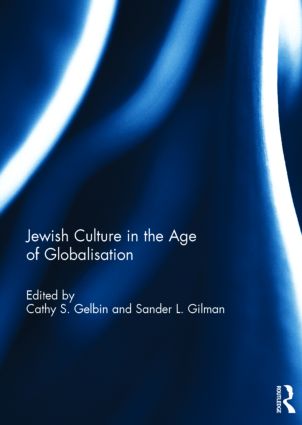 Jewish Culture in the Age of Globalisation

This interdisciplinary anthology explores the impact of current globalization processes on Jewish communities across the globe. The volume explores the extent to which nationalized constructs of Jewish culture and identity still dominate Jewish self-expressions, as well as the discourses about them, in the rapidly globalizing world of the twenty-first century. Its contributions address the ways in which Jewishness is now understood as transcending the old boundaries and ideologies of nation states and their continental reconfigurations, such as Europe or North America, but also as crossing the divides of Ashkenazi, Sephardi and Mizrahi Jews, as well as the confines of Israel and the Diaspora. Which new paradigms of Jewish self- location within the evolving and conflicting global discourses about the nation, race, the Holocaust and other genocides, anti-Semitism, colonialism and postcolonialism, gender and sexual identities open up in the current era of globalisation, and to what extent might transnational notions of Jewishness, such as European-Jewish identity, create new discursive margins and centers? Chapters explore the impact of the Arab-Israeli conflict on cross-cultural relations between Jews and other racialized groups in the Diaspora, and discuss the ways in which recent discourses such as postcolonialism and transnationalism might relate to global Jewish cultures. The intent of the volume is to begin a process of investigation into twenty-first century Jewish identity.

This book was originally published as a special issue of the European Review of History.

Cathy S. Gelbin is Senior Lecturer in German Studies at the University of Manchester, UK. She specializes in German-Jewish culture, Holocaust Studies, gender and film. She is co-editor of the Leo Baeck Institute Year Book and currently working on her AHRC-funded monograph (co-authored with Sander Gilman) Cosmopolitanism and the Jews.

is a distinguished professor of the Liberal Arts and Sciences as well as Professor of Psychiatry at Emory University, USA. A cultural and literary historian, he is the author or editor of over eighty books. He is the author ofthe standard study of Jewish Self-Hatred (1986)and was president of the Modern Language Association of America in 1995.