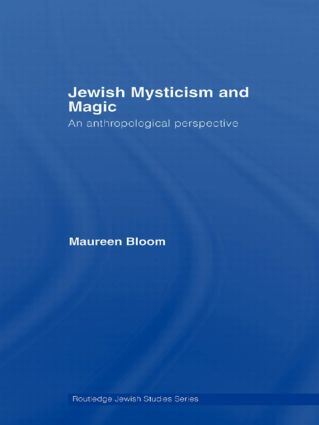 Providing a unique anthropological perspective on Jewish mysticism and magic, this book is a study of Jewish rites and rituals and how the analysis of early literature provides the roots for understanding religious practices. It includes analysis on the importance of sacrifice, amulets, and names, and their underlying cultural constructs and the persistence of their symbolic significance.

'Maureen Bloom's book sets out with two main aims: to show that rabbinic Judaism was not as straightforwardly monotheistic as has sometimes been assumed, and to extend the insights of anthropologists such as Robertson Smith, Durkheim and Douglas from the Tanakh into the areas of Jewish mysticism and magic. She assembles some fascinating material: a talmudic remedy for fever involving a rotting black hen, poetic visions of the celestial realms, a magic bowl describing the issuing of a get against a lileth. - Ann Conway-Jones, University of Manchester, Journal of Jewish Studies, Autumn 2008