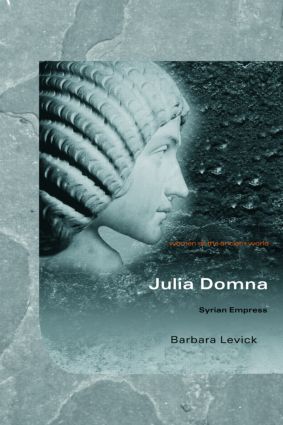 This book covers Julia’s life, and charts her travels throughout the Empire from Aswan to York during a period of profound upheaval, and seeks the truth about this woman who inspired such extreme and contrasting views, exposing the instability of our sources about her, and characterizing a sympathetic, courageous, intelligent, and important woman.

This book contains a fresh re-assessment of the one of the most significant figures of her time and questions:

• Did she really promote despotism?

• How seriously is her literary circle to be taken?

As part of a dynasty which used force and violence to preserve its rule, she was distrusted by its subjects; as a Syrian, she was the object of prejudice; as a woman with power, she was resented. On the other hand, Domna was the centre of a literary circle considered highly significant by nineteenth-century admirers.

Women of the Ancient World