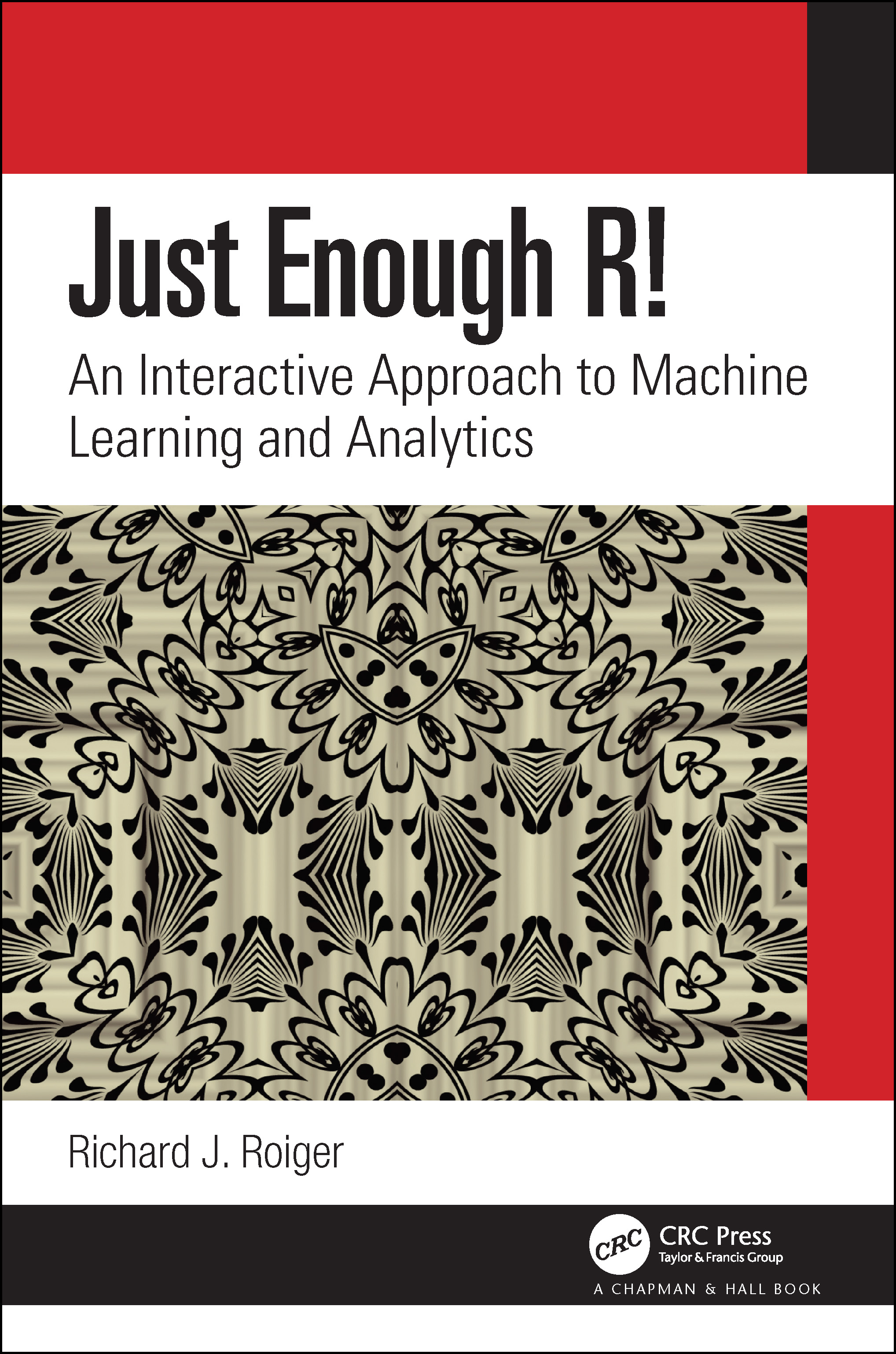 An Interactive Approach to Machine Learning and Analytics, 1st Edition

Just Enough R! An Interactive Approach to Machine Learning and Analytics: presents just enough of the R language, machine learning algorithms, statistical methodology, and analytics for the reader to learn how to find interesting structure in data. The approach might be called “seeing then doing” as it first gives step by step explanations using simple, understandable examples of how the various machine learning algorithms work independent of any programming language. This is followed by detailed scripts written in R that apply the algorithms to solve nontrivial problems with real data. The script code is provided allowing the reader to execute the scripts as they study the explanations given in the text.

Richard J. Roiger is a professor emeritus at Minnesota State University, Mankato where he taught and performed research in the Computer & Information Science Department for over 30 years.

Richard J. Roiger is a professor emeritus at Minnesota State University, Mankato where he taught and performed research in the Computer & Information Science Department for 27 years. Dr. Roiger’s Ph.D. degree is in Computer & Information Sciences from the University of Minnesota. Dr. Roiger continues to serve as a part-time faculty member teaching courses in data mining, artificial intelligence and research methods. Richard enjoys interacting with his grandchildren, traveling, writing and pursuing his musical talents.