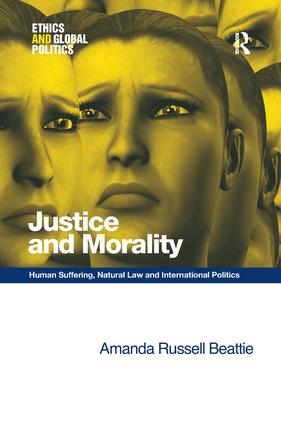 'Amanda Beattie’s first concern is human suffering. Methodically drawing on "the new natural law" and many other sources, she develops ’an account of moral agency’, "a casuistry of care", "a discourse of hope" to change the way we think about ourselves, our relations with others, and the practice of international politics.' Nicholas Onuf, Florida International University and University of Southern California, USA

Since the end of the Cold War, explorations of ethical considerations within global politics and on the development of foreign policy have assumed a growing importance in the fields of politics and international studies. New theories, policies, institutions, and actors are called for to address difficult normative questions arising from the conduct of international affairs in a rapidly changing world. This series provides an exciting new forum for creative research that engages both the theory and practice of contemporary world politics, in light of the challenges and dilemmas of the evolving international order.