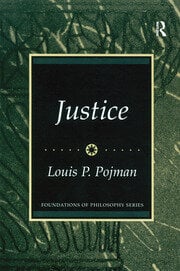 Written by a group of distinguished philosophers, the Foundations of Philosophy Series aims to exhibit some of the main problems in the various fields of philosophy at the present stage of philosophical inquiry. This book is written from the viewpoint that although justice is the most important concept in political philosophy, it is also one of the most contested concepts in philosophy. Coverage begins with an overview of the concept of justice, arguing that justice is a vital part of political philosophy, which in turn is part of moral philosophy. The book outlines an objectivist view of moral philosophy, which holds that moral principles have universal validity. The material presents a philosophical map to navigate the plethora of confusing, competing theories and concepts regarding the importance of justice. The author distinguishes between formal and material concepts of justice and discusses the related issues of comparative/noncomparative justice and distributive versus commutative justice.

The Circumstances of Justice.

Formal and Material Principles of Justice.

Is Justice Comparative or Noncomparative?

2. The Classical Theory of Justice as Desert.

The Classical Concept of Justice as Desert.

The Bases for Desert.

Classical Liberalism and Justice: Rights and the Justification

A Critical Assessment of Libertarianism.

Liberty and the Tragedy of the Commons.

An Assessment of Rawls’s Theory of Justice as Fairness.

On Rawls’s Rejection of Preinstitutional Desert.

The Ideal of Equal Opportunity.

The Concept of Equal Opportunity.

Theories of Obligation to Distant People.

Justice: Theories of Rights and Duties.

The Cosmopolitan-Justice Imperative: The Possibility

Why Do We Have a System of Punishment?

The Definition of Punishment.

Application to the Death Penalty.