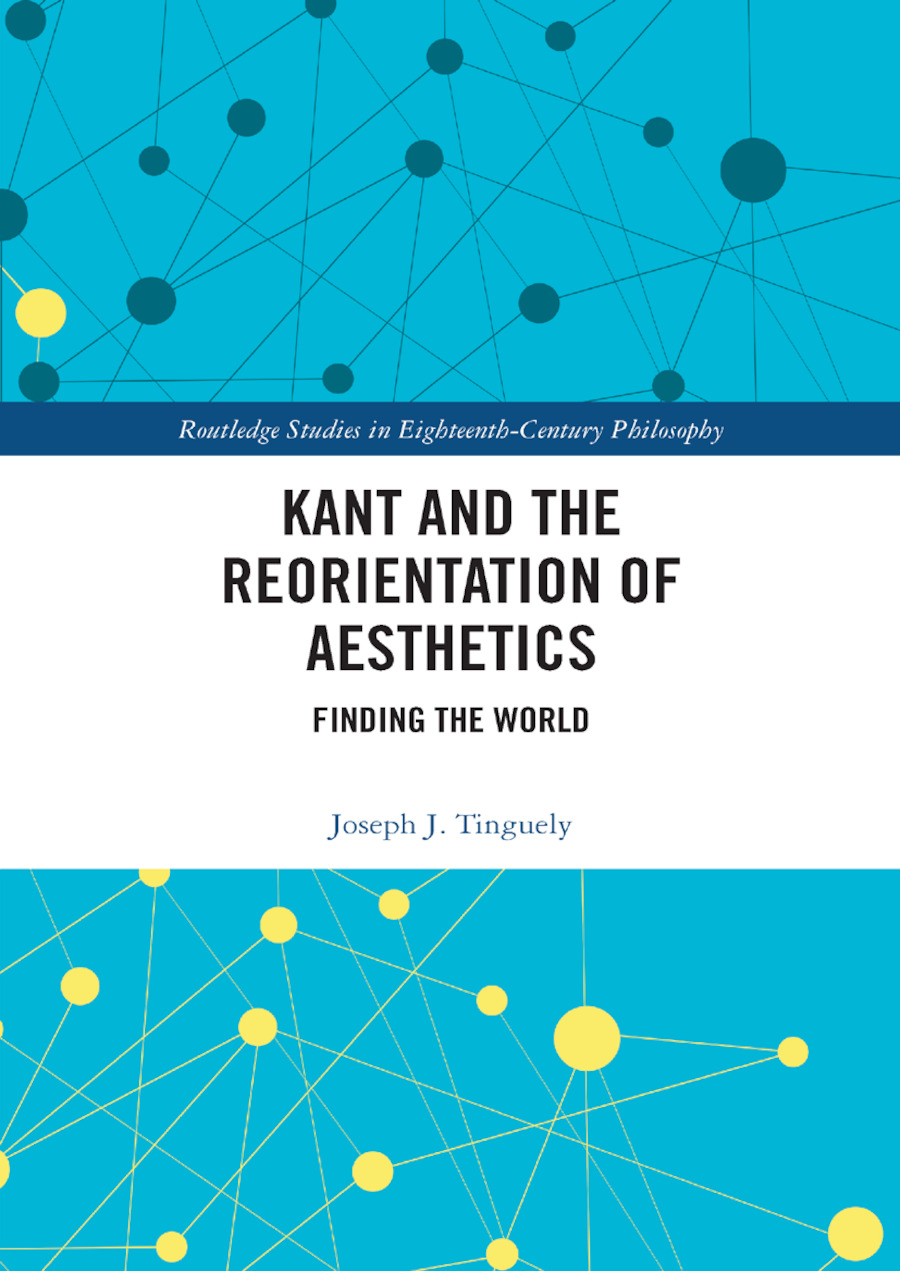 Kant and the Reorientation of Aesthetics

This book argues that the philosophical significance of Kant’s aesthetics lies not in its explicit account of beauty but in its implicit account of intentionality. Kant’s account is distinct in that feeling, affect, or mood must be operative within the way the mind receives the world. Moreover, these modes of receptivity fall within the normative domain so that we can hold each other responsible for how we are "struck" by an object or scene.

Joseph Tinguely composes a series of investigations into the philosophically rich but regrettably neglected topics at the intersection of Kant’s aesthetics and epistemology, such as how we orient ourselves in the world, whether tonality is a property of the subject or object, and what we hope to accomplish when we quarrel about taste. Taken together, these investigations offer a robust and defensible picture of mind, which not only resolves tensions in a Kantian account of intentionality but also offers a timely intervention into contemporary debates about the "aesthetic" nature of the way the mind is in touch with the world.

Kant and the Reorientation of Aesthetics will appeal to scholars and students of Kant, as well as those working at the intersection of aesthetics and philosophy of mind.

1. Introduction: Aside from Beauty

3. Tone: Tone, Modulation, and Affectivity: The Aesthetics of Intentionality

4. Rhetoric: The Implicit Affection between Kantian Judgement and Aristotelian Rhetoric

7. Orientation: Orientation and the Aesthetic Symbolization of the World

Joseph J. Tinguely is Assistant Professor of Philosophy at the University of South Dakota, USA