Keeping Races in Their Places: The Dividing Lines That Shaped the American City

"A book perfect for this moment" –Katherine M. O’Regan, Former Assistant Secretary, US Department of Housing and Urban Development

More than fifty years after the passage of the Fair Housing Act, American cities remain divided along the very same lines that this landmark legislation explicitly outlawed. Keeping Races in Their Places tells the story of these lines—who drew them, why they drew them, where they drew them, and how they continue to circumscribe residents’ opportunities to this very day.

Weaving together sophisticated statistical analyses of more than a century’s worth of data with an engaging, accessible narrative that brings the numbers to life, Keeping Races in Their Places exposes the entrenched effects of redlining on American communities. This one-of-a-kind contribution to the real estate and urban economics literature applies the author’s original geographic information systems analyses to historical maps to reveal redlining’s causal role in shaping today’s cities.

Spanning the era from the Great Migration to the Great Recession, Keeping Races in Their Places uncovers the roots of the Black-white wealth gap, the subprime lending crisis, and today’s lack of affordable housing in maps created by banks nearly a century ago. Most of all, it offers hope that with the latest scholarly tools we can pinpoint how things went wrong—and what we must do to make them right.

1. The Great Migration: Welcome to the Promised Land

2. The Land Boom of the Roaring Twenties

3. The Great Depression: The End of Banking as They Knew It

4. The Home Owners' Loan Corporation and the City Survey Program

5. Red Is the New Black: Where Lenders Fear to Tread

6. The Fight for Fair Housing

8. Out from the Gloomy Past

Anthony W. Orlando is Assistant Professor in the Finance, Real Estate, and Law Department at California State Polytechnic University, Pomona. He holds the titles of Donor’s Scholar of Analytics in the College of Business Administration, Visiting Scholar at the Federal Reserve Bank of Atlanta, Faculty Affiliate of the Bedrosian Center on Governance and the Public Enterprise at the University of Southern California, and Faculty Affiliate of the USC Political Institutions and Political Economy Collaborative.

"In Keeping Races in Their Places, Anthony Orlando shows himself to be the rarest of writers—both a scholar of a high caliber and a storyteller of singular ability. Here, he uses those talents to offer an economic history that illustrates in gripping fashion how American policies have, from generation to generation, squeezed ordinary Black families and resulted in ongoing disparities of wealth, opportunity and dignity. In this way, he helps us to understand where our systems have failed and how we can and must collectively reinvent them." –Rob Asghar, Author, Leadership Is Hell and Blogging Contributor, Forbes

"Anthony Orlando tells the story of redlining–how it was created, how it enforced segregation for more than two generations, and how the impacts have impoverished Black Americans to this day. Decades after redlining was eliminated, the system persists; Black Americans die sooner and accrue less wealth than Whites. The reason is rooted in our nation’s deep history of residential segregation which was designed by the federal government at the height of the 1930s New Deal. Orlando summarizes the best academic research on the topic. Yet he does that with a writing style that has the flair of a mystery novel. You want to turn the page to learn what happens next and to follow the human stories that center the book. While making the story interesting and accessible, Orlando never sacrifices scholarly rigor. What we take for granted in the US–neighborhoods divided by income, race, class, and opportunity–was engineered and enforced by the federal government, and the effects are now self-perpetuating long after residential segregation was outlawed. Anyone interested in putting together a divided country should start by reading this account of how that divide was created, and how it will sustain itself unless we build policies that work to reverse the legacy of a century of housing segregation." –Marlon G. Boarnet, Chair, Urban Planning and Spatial Analysis Department, University of Southern California

"The work of Orlando in Keeping Races in Their Places lays bare the naked truth that the United States government, state governments, and the mortgage and banking industry have continuously stacked the deck against Black and Brown Americans. By the use of 21st century advanced digital technology, Orlando clearly reveals permanent redlined ghettos that exist today due to historical overt and covert racism embedded in cultural, governmental, and banking collusion. Most average White Americans have no idea how deep this discrimination goes, but the banking and mortgage industry elite surely do. Of course, people of color always knew!" –Todd A. Eachus, Former Majority Leader, Pennsylvania House of Representatives

"Anthony Orlando leads us on a riveting journey through the horrific history of racial residential segregation in the United States from its origins in post-Civil War Reconstruction to the national tragedy it became. He lucidly explains how a complex interaction of social transformation, corporate finance, and misguided government policy led to the insidious practice of redlining, which cordoned off Black urban neighborhoods from home loans and led to their isolation and degradation. This book should be required reading for anyone seeking to understand the embedded features of American society that underlie racial inequity." –Robert I. Field, Professor of Law and Professor of Health Management Policy, Drexel University

"Spanning 140 years from Reconstruction to today, Keeping Races in Their Places encompassing the legacy of race-based injustices ranging from lynching to financial, employment and housing exclusions. Anthony Orlando provides a new and incisive framework for redressing racial inequality by documenting the multi-generational consequences of public policies that redistributed wealth from ‘negro-blighted districts’ to wealthier suburbanites, resulting in White families having seven times as much wealth as Black families. The government demarcated the ghetto through redlining and housing finance policies and ensured that the poor remained isolated in concentrated poverty. This is a call to stop treating our cities as fractured collections of neighborhoods and embark on a new journey of convergence, where all neighborhoods have access to the same opportunities." –Daniel Flaming, President, Economic Roundtable

"The history and consequences of redlining need to be better understood. Anthony Orlando provides a very compelling and readable account that should become the gold standard on redlining for years to come." –Jeffrey A. Jenkins, USC Bedrosian Center on Governance and the Public Enterprise and Provost Professor of Public Policy, Political Science, and Law, University of Southern California

"The complete story of the history and consequences of racism in housing has been hidden for many years, but now Anthony Orlando has revealed its full extent in great detail and with extraordinary insight. Professor Orlando shows that the American Caste System that is the legacy of redlining and ‘deed restrictions’ has kept home values down along with property tax revenues in a ‘poverty trap’ that assigns mainly Black residents to rundown neighborhoods with the poorest quality schools. Readers finally see how systematic discrimination in housing has worked to suppress the upward mobility of Blacks and keep the United States at the bottom of the list in terms of economic opportunity and socio-economic mobility among the world’s developed nations." –Lawrence C. Marsh, Professor Emeritus, Notre Dame University and Author, Optimal Money Flow

"We need to know our history— how our segregated cities were created and how government policies fueled those patterns and ultimately racial disparities in housing and wealth. This highly-engaging and non-technical book brings that history to life, sprinkled with intuitive insights into how markets, finance and cities work – and don’t work –without the right government policies and regulation. A book perfect for this moment as our nation grapples with systemic sources of racial inequality." –Katherine M. O’Regan, Faculty Director, Furman Center for Real Estate and Urban Policy, New York University and Former Assistant Secretary for Policy Development and Research, US Department of Housing and Urban Development

"In an era of big data, we are inundated with facts but often need help making sense of them. In his elegant book—Keeping Races in Their Places—Anthony Orlando accumulates the best academic research on the long arc of redlining and mortgage discrimination in American housing markets, at once distilling and humanizing it. Orlando makes it clear that today's housing outcomes have their roots in generations of discriminatory practices. Anyone looking to understand American housing markets or advance housing policy should get to know the very human stories in this book alongside the wealth of scholarship it catalogs." –Christian L. Redfearn, Borstein Family Endowed Professor of Real Estate, University of Southern California

"The sordid history of redlining helps explain today’s striking racial differences in wealth. This sad and distressing tale is sensitively told in a book that deserves to be read widely." –Morton Shapiro, President, Northwestern University

"Anthony Orlando heralds an exciting new generation of urban economists who are tackling one of the most important issues in the history of the field: the tragic, lasting legacy of mortgage discrimination. His prose is eloquent, his analysis is thought-provoking, and his compassion is inspiring." –Susan M. Wachter, Albert Sussman Professor of Real Estate, the Wharton School, University of Pennsylvania and Former Assistant Secretary for Policy Development and Research, US Department of Housing and Urban Development

"If Americans fail to see the legacy of racial bias in the housing market, they will never fully understand the ongoing barriers that are detrimental to the homeownership rates, the economic and educational attainments, and even the physical and mental health of Blacks and Latinos. Anthony Orlando’s passionate and readable narrative could help to inspire a constituency for Martin Luther King, Jr.’s vision of ‘dangerous unselfishness.’" –Michael K. Woo, Former Los Angeles City Council Member and City Planning Commissioner 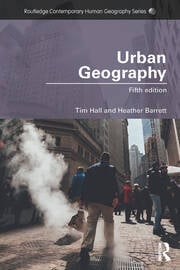 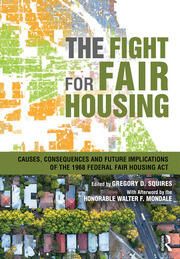 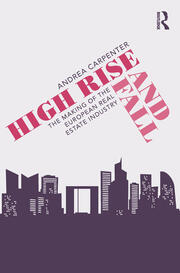 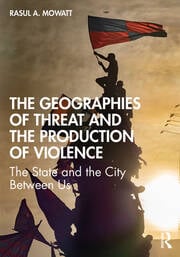