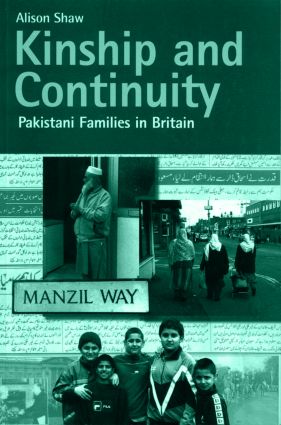 Kinship and Continuity is a vivid ethnographic account of the development of the Pakistani presence in Oxford, from after World War II to the present day. Alison Shaw addresses the dynamics of migration, patterns of residence and kinship, ideas about health and illness, and notions of political and religious authority, and discusses the transformations and continuities of the lives of British Pakistanis against the backdrop of rural Pakistan and local socio-economic changes. This is a fully updated, revised edition of the book first published in 1988.

"This is an engaging account of the Oxford Pakistani community, which convincingly updates the first edition."

"…a superb anthropological study which should rank with the best for teaching purposes as a model for the craft and the subject. Based upon magnificent fieldwork in England and Pakistan, it is beautifully written and produced, and though it deals with the relatively small Pakistani community in Oxford, has relevance for the understanding of Pakistani settlement in Britain generally."

' …by a wide margin, the richest, most comprehensive and most lively account yet produced of life within Britain's booming ethnic colonies.' - Roger Ballard, University of Manchester, UK