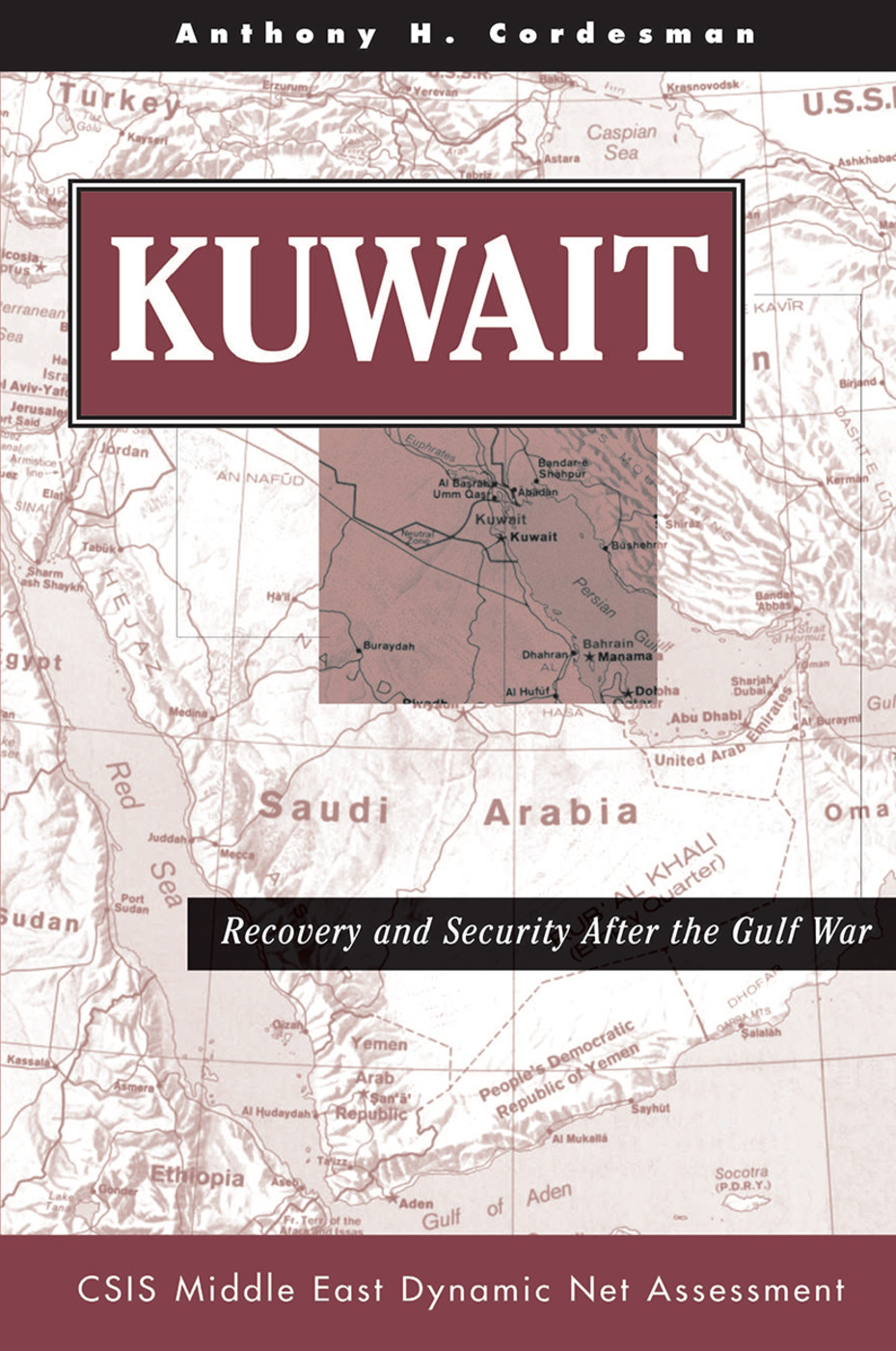 Recovery And Security After The Gulf War, 1st Edition

With the thoroughness that this recently spotlighted nation requires, this volume examines Kuwait's internal and external security situation after the turbulent days of the Gulf War and investigates continued Western involvement in its safekeeping. It also examines Kuwait's changing role as an energy exporter.

Anthony H. Cordesman is currently a senior fellow and codirector of the Middle East Program, and director of the Middle East Program at CSIS, a military analyst for ABC News and adjunct professor of national security studies at Georgetown University. He has served in senior positions in the office of the secretary of defence, NATO, and the U.S. Senate. Abraham R. Wagner is an independent defence consultant in the area of national security problems working with Science Applications International, Inc., as well as several federal agencies. He has written extensively on Third World military technologies and appeared on ABC News, the BBC, National Public Radio, and CBN to provide expert analysis of the Persian Gulf War.