LEGO Studies
Examining the Building Blocks of a Transmedial Phenomenon 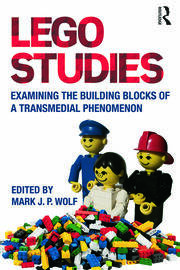 LEGO Studies: Examining the Building Blocks of a Transmedial Phenomenon

Since the "Automatic Binding Bricks" that LEGO produced in 1949, and the LEGO "System of Play" that began with the release of Town Plan No. 1 (1955), LEGO bricks have gone on to become a global phenomenon, and the favorite building toy of children, as well as many an AFOL (Adult Fan of LEGO). LEGO has also become a medium into which a wide number of media franchises, including Star Wars, Harry Potter, Pirates of the Caribbean, Batman, Superman, Lord of the Rings, and others, have adapted their characters, vehicles, props, and settings. The LEGO Group itself has become a multimedia empire, including LEGO books, movies, television shows, video games, board games, comic books, theme parks, magazines, and even MMORPGs.

LEGO Studies: Examining the Building Blocks of a Transmedial Phenomenon

is the first collection to examine LEGO as both a medium into which other franchises can be adapted and a transmedial franchise of its own. Although each essay looks at a particular aspect of the LEGO phenomenon, topics such as adaptation, representation, paratexts, franchises, and interactivity intersect throughout these essays, proposing that the study of LEGO as a medium and a media empire is a rich vein barely touched upon in Media Studies.

Mark J. P. Wolf is Chair of the Communication Department at Concordia University Wisconsin. He is the author of Building Imaginary Worlds and co-editor with Bernard Perron of The Routledge Companion to Video Game Studies and The Video Game Theory Reader 1 and 2.