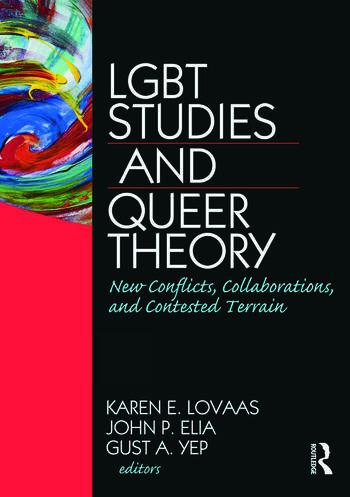 Find out how the tension between LGBT studies and queer theory exists in the classroom, politics, communities, and relationships

LGBT Studies and Queer Theory: New Conflicts, Collaborations, and Contested Terrain examines the similarities and differences between LGBT studies and queer theory and the uneasy relationship between the two in the academic world. This unique book meets the challenge that queer theory presents to the study and politics of gay and lesbian studies with a collection of essays from leading academics who represent a variety of disciplines. These original pieces place queer theory in social and historical contexts, exploring the implications for social psychology, religious studies, communications, sociology, philosophy, film studies, and women's studies. The book's contributors address queer theory's connections to a wide range of issues, including the development of capitalism, the evolution of the gay and lesbian movement, and the study of bisexuality and gender.

Many scholars working in gay and lesbian studies still question the intellectual and political value of queer theory. As a result, queer theory has often been concentrated in the humanities, while gay and lesbian studies are concentrated in the social sciences and history. But this has begun to change in the past 10-15 years, as documented by the 12 essays presented in LGBT Studies and Queer Theory: New Conflicts, Collaborations, and Contested Terrain.