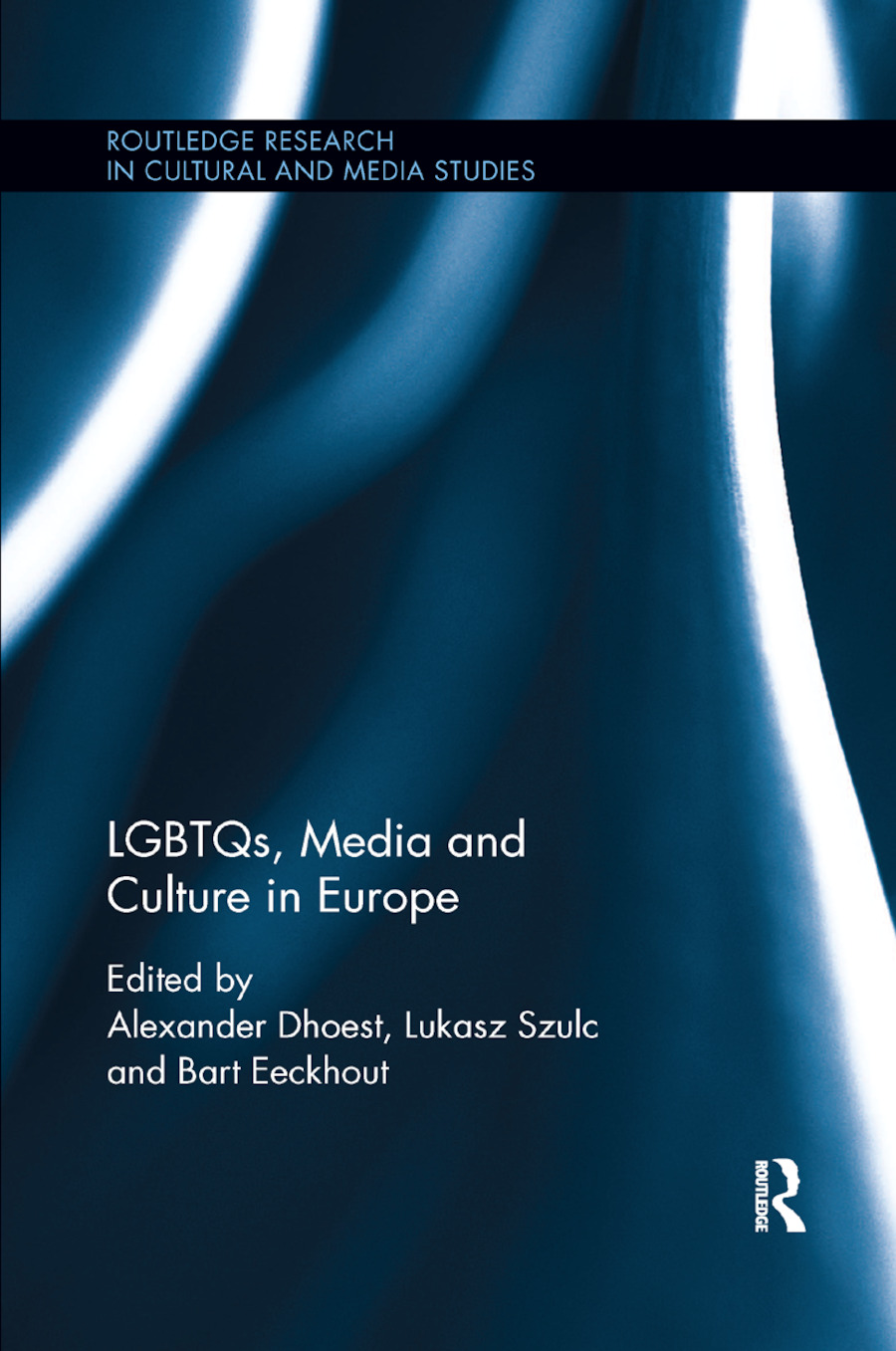 LGBTQs, Media and Culture in Europe

Media matter, particularly to social minorities like lesbian, gay, bisexual, transgender and queer people. Rather than one homogenised idea of the ‘global gay’, what we find today is a range of historically and culturally specific expressions of gender and sexuality, which are reflected and explored across an ever increasing range of media outlets. This collection zooms in on a number of facets of this kaleidoscope, each chapter discussing the intersection of a particular European context and a particular medium with its affordances and limitations. While traditional mass media form the starting point of this book, the primary focus is on digital media such as blogs, social media and online dating sites. All contributions are based on recent, original empirical research, using a plethora of qualitative methods to offer a holistic view on the ways media matter to particular LGBTQ individuals and communities. Together the chapters cover the diversity of European countries and regions, of LGBTQ communities, and of the contemporary media ecology. Resisting the urge to extrapolate, they argue for specificity, contextualisation and a provincialized understanding of the connections between media, culture, gender and sexuality.

Part I. Histories of Representation in Mass Media and Beyond

3. ‘I Am My Own Special Creation’: Sexual and Gender Differences in the Music Performances of an Antwerp Drag Show Company

4. Coming Out in the Digital Age: The Opportunities and Limitations of Internet Use in Queer-Lesbian Coming-Out Experiences in Germany

5. ‘I Think I’m Quite Fluid with Those Kinds of Things’: Exploring Music and Non-Heterosexual Women’s Identities

6. ‘I Worry That They’ll Pick on Someone I Care about’: Trans People’s Perceptions of the British Mass Media and Its Impact on Their Mental Health and Well-Being

Part III. LGBTQs as Producers in the Digital Age: Blogging

8. Is the Pope Judging You? Digital Narratives on Religion and Homosexuality in Italy

9. Contesting Hegemonic Gender and Sexuality Discourses on the Web: A Semiotic Analysis of Latvian and Polish LGBTQ and Feminist Blogs

Alexander Dhoest is associate professor in Communication Studies at the University of Antwerp, Belgium. His research explores the significance of popular media culture in relation to social identities, focusing in particular on media and diversity.

is a Postdoctoral Fellow of the Research Foundation Flanders at the University of Antwerp, Belgium, and the Marie Curie Fellow in the Media and Communication Department at the London School of Economics and Political Science, UK.