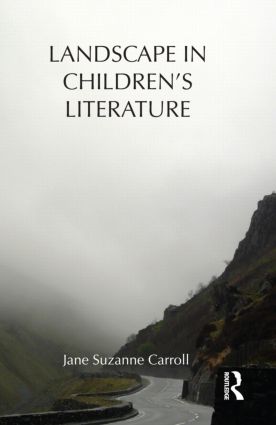 This book provides a new critical methodology for the study of landscapes in children's literature. Treating landscape as the integration of unchanging and irreducible physical elements, or topoi, Carroll identifies and analyses four kinds of space — sacred spaces, green spaces, roadways, and lapsed spaces — that are the component elements of the physical environments of canonical British children’s fantasy. Using Susan Cooper's The Dark Is Rising Sequence as the test-case for this methodology, the book traces the development of the physical features and symbolic functions of landscape topoi from their earliest inception in medieval vernacular texts through to contemporary children's literature. The identification and analysis of landscape topoi synthesizes recent theories about interstitial space together with earlier morphological and topoanalytical studies, enabling the study of fictional landscapes in terms of their physical characteristics as well as in terms of their relationship with contemporary texts and historical precedents. Ultimately, by providing topoanalytical studies of other children’s texts, Carroll proposes topoanalysis as a rich critical method for the study and understanding of children’s literature and indicates how the findings of this approach may be expanded upon. In offering both transferable methodologies and detailed case-studies, this book outlines a new approach to literary landscapes as geographical places within socio-historical contexts.