This book leads the reader through a research excursion, beginning from the Gaussian circle problem of the early nineteenth century, via the classical Hardy-Landau lattice point identity and the Hardy conjecture of the first half of the twentieth century, and the Shannon sampling theorem (its variants, generalizations and the fascinating stories about the cardinal series) of the second half of the twentieth century. The authors demonstrate how all these facets have resulted in new multivariate extensions of lattice point identities and Shannon-type sampling procedures of high practical applicability, thereby also providing a general reproducing kernel Hilbert space structure of an associated Paley-Wiener theory over (potato-like) bounded regions (cf. the cover illustration of the geoid), as well as the whole Euclidean space.

M. Zuhair Nashed received his S.B. and S.M. degrees in Electrical Engineering from MIT and his Ph.D. in Mathematics from the University of Michigan. He has served for many years as a Professor at Georgia Tech and the University of Delaware and has held visiting professor positions at the University of Michigan, University of Wisconsin, AUB, and KFUPM. He has held distinguished visiting scholar positions at many universities around the world. He is a fellow of the Amer-ican Mathematical Society (Inaugural Class of 2013) and the recipient of the Lester Ford Award of the Mathematical Association of America, the Sigma Xi Faculty Research Award and Sustained Research Award in Science from Georgia Tech, Dr. Zakir Husain Award of the Indian Society of Industrial and Applied Mathematics, as well as several other international awards. He has published over 140 papers in mathematics and 30 papers in applied sciences, physics and engineering, has written 30 expository papers and book chapters, and authored and edited 15 books. He is Editor-in-Chief of “Numerical Functional Analysis and Optimization”, Ex-ecutive Editor of “Sampling Theory in Signal and Image Processing”, founding and past coeditor of the “Journal of Integral Equations”, and a member of the ed-itorial board of 36 journals. He is also Editor-in-Chief of the Springer “Handbook of Geomathematics”, Editor-in-Chief of the Birkh¨auser book series “Geosystems Mathematics” and of the Birkh¨auser “Lecture Notes on Geosystems Mathematics and Computing”, and Editor-in-Chief of “Handbook of Mathematical Geodesy”. He has served for 40 years as Executive Editor of the book series “Pure and Ap-plied Mathematics: A Program of Monographs, Textbooks, and Lecture Notes”, published by Marcel Dekker, Inc., and later by Chapman & Hall /CRC. He is Editor-in-Chief of the book series “Contemporary Mathematics and Its Applica-tions”, launched recently by World Scientiﬁc. He was invited to give an hour lecture at the American Mathematical Society and has also given three plenary lectures at meetings of the Mathematical Association of America and plenary lectures at meetings of the French, Tunisian and Lebanese Mathematical Societies, Indian Society of Industrial and Applied Mathematics, and Japan Society of Mechanical Engineers. He gave over 400 plenary and invited talks at conferences and colloquia. He has organized over 40 conferences, mini-symposia, and special sessions. 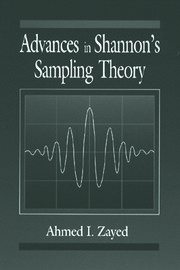 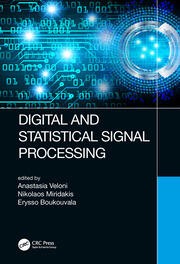