ARE YOU PREPARED FOR THE LAW ENFORCEMENT IT REVOLUTION? Law enforcement agencies that are laggards in Information Technology (IT) will soon, if not already, be considered mismanaged. Whether you are in an operational position, or you are a police officer who aspires to a higher rank, you must be aware of how IT can help you perform your job and help your organization.

DON'T BE INTIMIDATED BY IT ANY LONGER. With extensive experience implementing large-scale IT projects to the law enforcement community, author Jim Chu has assembled a comprehensive, one-stop guide that enables you to understand the many complexities and hurdles associated with IT systems. In a non-technical language, Law Enforcement Information Technology: A Managerial, Operational, and Practitioner Guide describes infrastructure components and outlines economic concepts that explain how and why IT adds value. It also includes seminal perspectives on why IT supports community policing, and how public policing is changing to a knowledge-based profession.

LEARN HOW TO APPLY IT AND MAXIMIZE THE USE OF INFORMATION. Used wisely and correctly, IT can be one of your greatest and most efficient assets in law enforcement. Whether you address automation or communicate with those who do, you need to understand the role of IT in all aspects of the public safety service delivery chain. Logically organized and easy to understand, Law Enforcement Information Technology helps you become well-versed in the latest terminology, products, and automation options and gives you the ability to work with technical resources in a partnership to improve the performance of your organization.

Inspector James Chu began his career with the Vancouver Police in 1979, holding positions such as Patrol Officer, Robbery Squad Detective, Patrol Sergeant, and Duty Officer (Watch Commander). He holds a Bachelor's degree in Business Administration from Simon Fraser University and an MBA from the University of British Columbia. He is currently the Vancouver Police Project Manager on the Emergency Communications for Southwest B.C. project. He has been a featured speaker at Police and Technology conferences and seminars throughout North America, Europe and the Middle East.

"The book is logically organized and provides a complete review of all pertinent issues… I know of no other publications that are as comprehensive and/or practitioner oriented. The bulk of literature currently available is not targeted at the law enforcement IT manager. This work fills a critical gap…"
-G. Matthew Snyder, Technology Administrator of the International Association of Chiefs of Police (IACP) Technology Center and Technical Assistance Program

"This is a well structured and very readable book which should be of considerable interest to a wide range of people within law enforcement agencies. I particularly like the use of case studies to illustrate the concepts and theories. Reading the book has been particularly useful to me in benchmarking our plans to implement the recommendations of the Patten Report on Policing in Northern Ireland."
-Mr. Richard Miller, Chief Administration Officer, Royal Ulster Constabulary 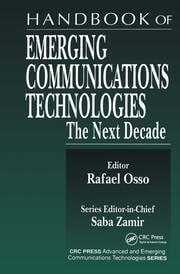 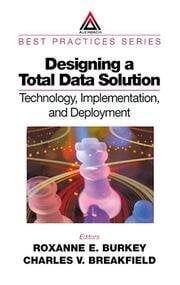