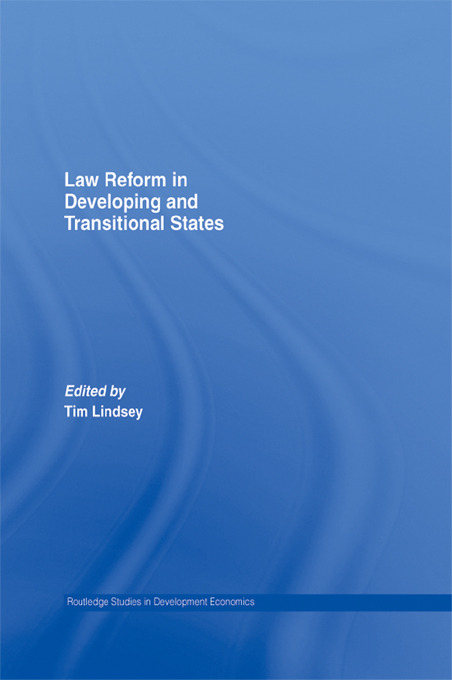 Law reform in developing countries has become an increasingly topical subject in recent years. A critical issue is why so many law reform projects in developing economies are regarded by their sponsors and recipients as unsuccessful. This informative book:

Though parallels between Asian models and those in developing states elsewhere in the world are strong, the book has been developed to avoid suggestion that the issues covered are somehow peculiarly ‘Asian’- indeed, it is shown that cultural relativist approaches to Asia are unsustainable. This is an invaluable reference for those involved in the areas of development economics, Asian studies and comparative politics.