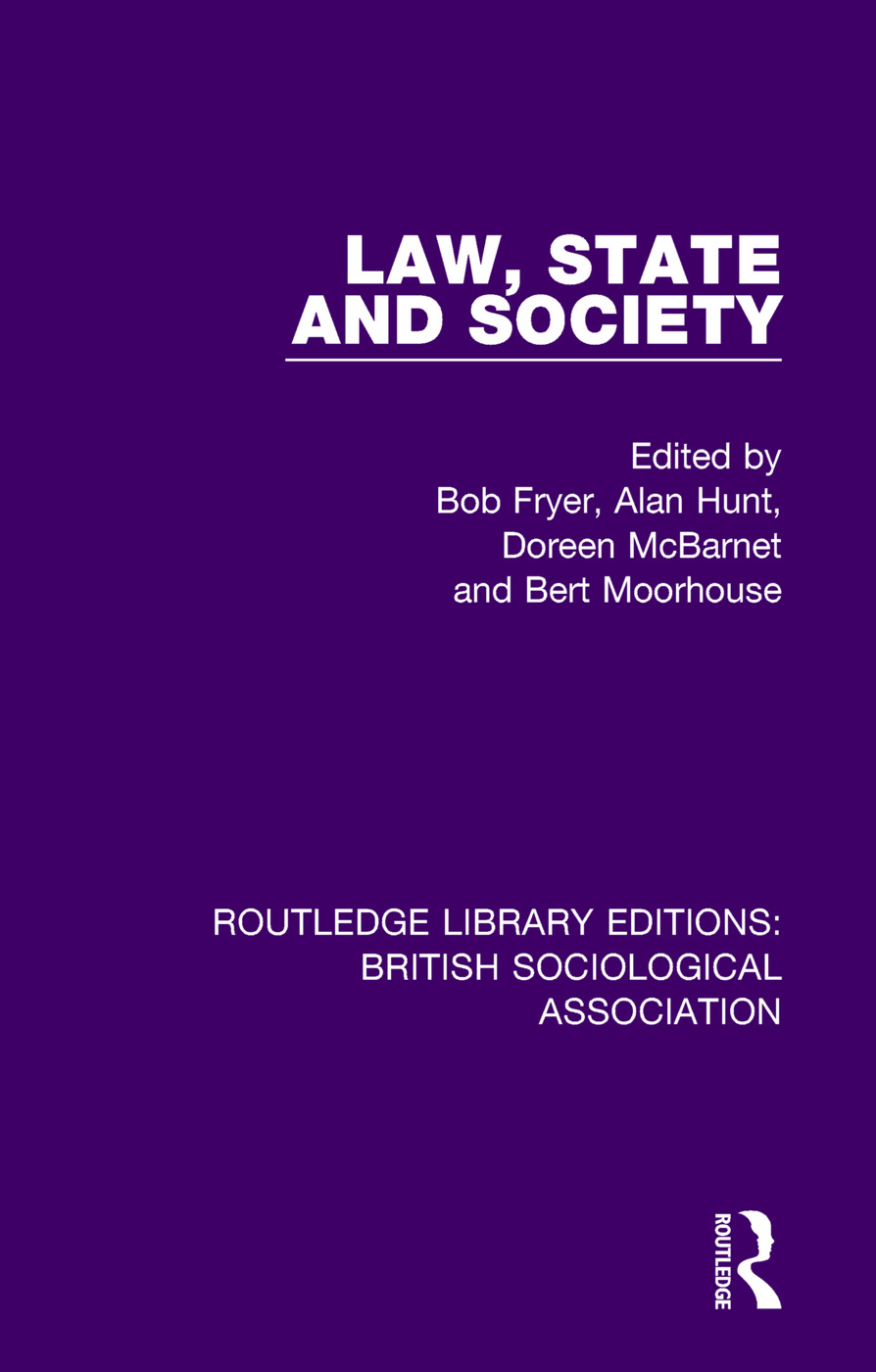 Originally published in 1981 Law, State and Society confronts many of the most important issues within the developing field of law and society. The essays cover the key political debates and the subject of the sociology of law through two key debates, the first tackling the wider theoretical and political system, while the other essays are concerned with more concrete aspects of both the political and social face of law. Together, the essays show how crucial the potential is that exists for a considerable extension and integration of work that focuses explicitly on empirical problems, yet is at the same time more conscious of the theoretical issues that underpin the effectivity of law.

2. How the Law Rules: Variations on Some Themes in Karl Marx, Philip Corrigan and Derek Sayer

3. The Development of Capitalism and the Formalisation of Contract Law, Roger Cotterrell

4. Theory and Practice in Law and History: A Prologue to the Study of the Relationship between Law and Economy from a Socio-Historical Perspective, David Sugarman

5. Sociology in Jurisprudence: The Problem of ‘Law’ as Object of Knowledge, Iain Stewart

7. The Law and the Use of Troops in Industrial Disputes, Christopher Whelan

9. ‘All Police is Conning Bastards’ – Policing and the Problem of Consent, Mike Brogden