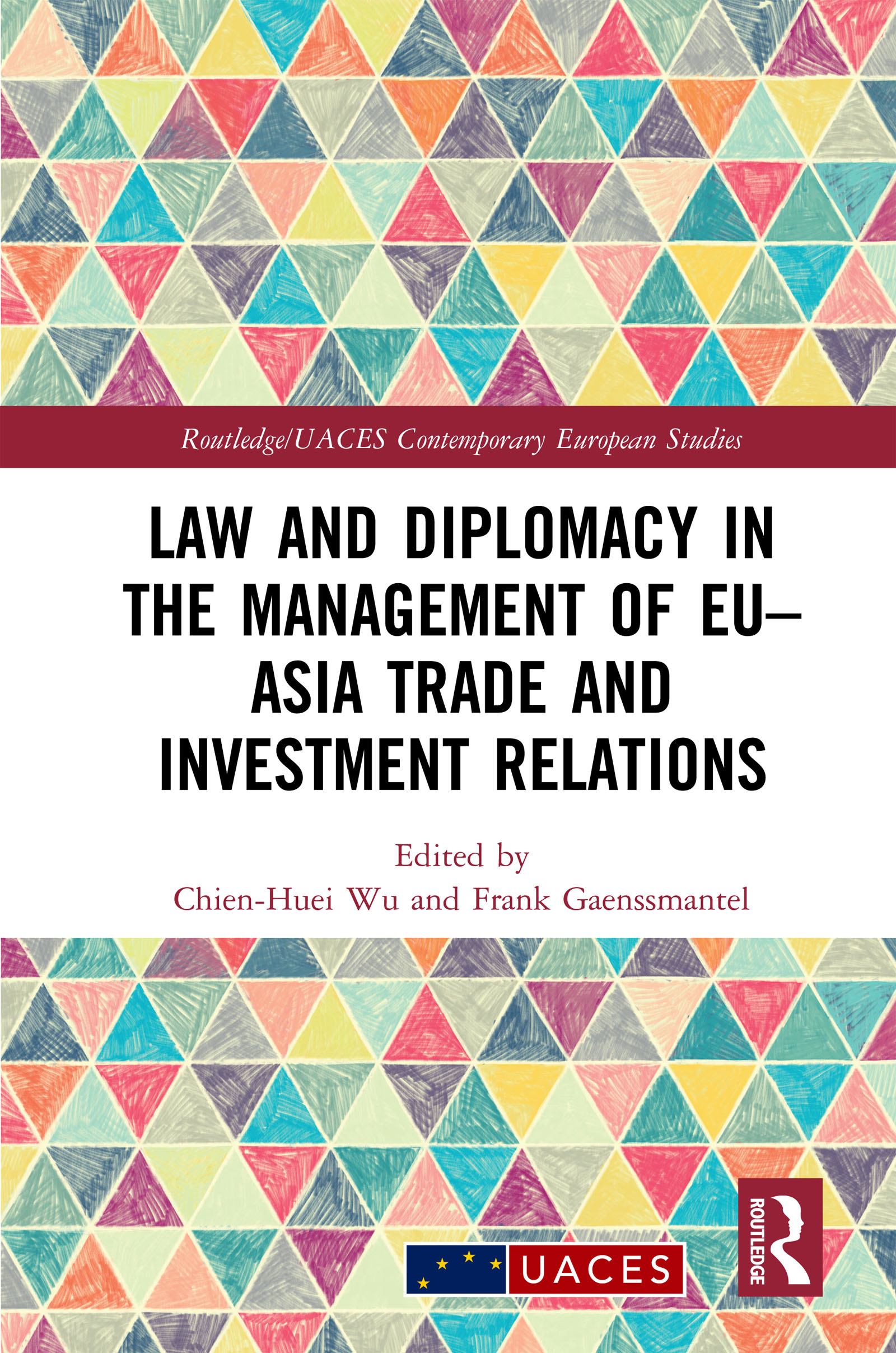 This volume fills a gap in the literature regarding questions around the interactive dynamics between law and diplomacy on international trade and investment.

It brings together lawyers and political scientists from Europe and Asia in an interdisciplinary effort at tracing the respective roles of law and diplomacy in the relations of the European Union (EU) with its trade and investment partners in Asia. Focusing on trade and investment relations with Asia, the EU presents a particularly interesting case as it has been a strong proponent of a rules-based international economic order for years and a frequent user of the formal procedures established in international treaties in case of disputes. At the same time, it has kept diplomatically active to adjust dispute management and international agreements to the needs and demands of the partners involved. Furthermore, not only is this region of crucial importance due to the presence of both vigorous emerging economies, like China, India and Vietnam, and more established partners, like Japan, EU-Asia relations also present a broad set of economic disputes and recent negotiation efforts analyzed in the contributions to this volume.

1. Managing International Economic Relations through Diplomacy and Law: Towards a Framework for Understanding External Policies of the European Union

2. Judicial Diplomacy? The Role of the CJEU in EU-Asia Trade Disputes

3. Law and Diplomacy in EU-China Trade Relations: A Historical Overview

Part II: Law and Diplomacy in the Management of Disputes and Disagreements

5. Embedding Diplomacy in Formal Procedures: How the European Commission Navigated the Solar Panel Dispute with China

8. The Limits of a Legal Approach in Resolving EU-China Trade Disputes on Non-Market Economy Status

Part III: Diplomacy and the Creation of Law

10. A Legal Approach for Trade Issues and a Diplomatic Approach for Non-Trade and Sustainability Issues? From the EUSFTA via the Singapore Opinion of the Court of Justice of the EU to the JEFTA

11. More than Words? Labour Standards in the Future EU-India FTA

Frank Gaenssmantel is assistant professor at the Department of International Relations and International Organisation at the University of Groningen, Netherlands.