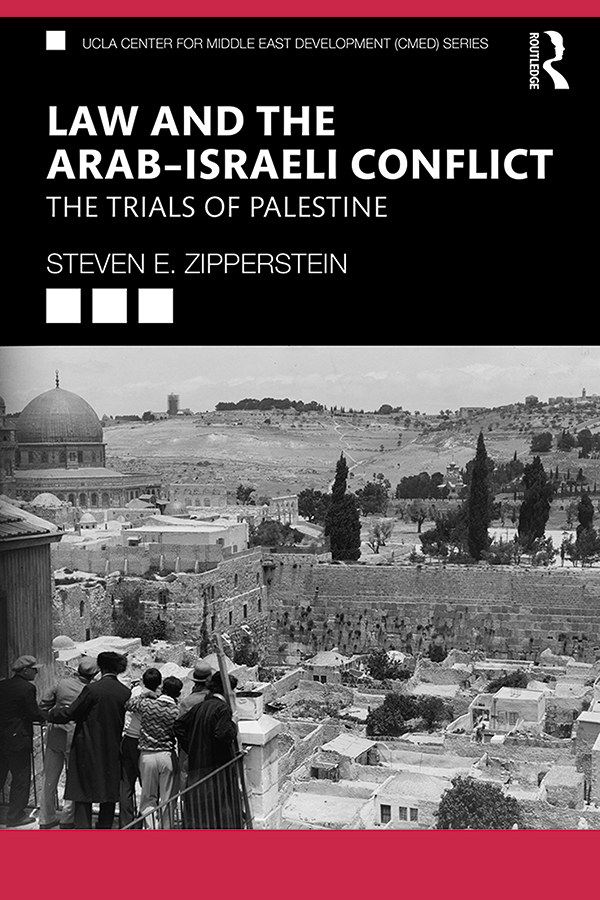 Law and the Arab–Israeli Conflict

The Trials of Palestine, 1st Edition

During the British Mandate for Palestine (1922–1948), Arabs and Jews repeatedly used the law to gain leverage and influence international opinion, especially in three dramatic and largely forgotten trials involving two issues: the interplay between conflicting British promises to the Arabs and Jews during World War I, and the parties’ rights and claims to the Wailing Wall.

Focusing on how all three parties – Arab, Jewish and British – used the law and the legal process to advance their objectives during the Mandate years, this volume reveals how the parties availed themselves – with varying degrees of success – of the law and the legal process. The book examines various legal arguments they proffered, and how that early tendency to resort to the law as a tool, a resource, and a weapon in the conflict has continued to this day. The research relies almost entirely on primary source documents, including transcripts of the public and secret testimony before the Shaw, Lofgren, and Peel Commissions, diaries, letters, Government files, and other original sources.

Introduction 1. McMahon-Hussein, Balfour, and the Legality of the Jewish National Home 2. The Wailing Wall – Conflicting Legal Claims 3. The Shaw Commission 4. The Lofgren Commission 5. The Peel Commission 6. The Early Legal Battles and Their Relevance Today Conclusion

, a former U.S. federal prosecutor, is a Senior Fellow at the Center for Middle East Development at UCLA. He also teaches in UCLA’s Global Studies program and School of Public Affairs, and as a Visiting Professor at Tel Aviv University Law School.