Lean Misconceptions: Why Many Lean Initiatives Fail and How You Can Avoid the Mistakes

It has been reported that about 70% of performance-improvement initiatives fail to achieve desired results. The primary causes are unrealistic expectations regarding effort and results and too much focus on short-term improvements instead of long-term capability building. Too many consultants and organizations stress the tools and the results they can achieve without considering the long-term implications. Success relies on focusing on both short-term gains and long-term culture change – That is, using the tools as the mechanism for change versus the objective of the change.

Lean Misconceptions: Why Many Lean Initiatives Fail and How You Can Avoid the Mistakes

focuses on continuous improvement as well as the tools organizations can use to achieve long-term growth. Readers will gain new knowledge while also challenging their peers, seniors, subordinates, and their own thinking on Lean.

Cordell Hensley started his career in the U.S.M.C. as a helicopter mechanic and crew chief. After 11 years of working with TPM, 5S, visualization, standardized work and many other Lean tools he left the Marines & moved to the UK, where he joined Toyota in their engine factory in Deeside in North Wales as a Group Leader in production control. He began identifying a culture where ideas could be trialled and learning took place continually.

After spending 8 years in manufacturing, working in automotive, returnable pallets, electrical steel and finally potato chips, culminating with the establishment of the logistics function in PepsiCo’s Skelmersdale UK crisp factory, he left to become a consultant.

Cordell obtained a BSc in Business Management from the University of Phoenix in 2007, A Professional Certificate in Project Management from UoP in 2008 and an MBA from Manchester Business School in 2012. He continues to support the MBS Global MBA with final project supervision.

When not working, Cordell enjoys sailing, chess, reading and the occasional pro-bono consulting engagement with local charities through the Cranfield Trust. He lives on the Wirral peninsula near Liverpool in the UK with his wife and 2 daughters.

"Many, many companies either fail with their Lean effort, or at least fail to achieve their desires. Yet the really good exponents continue to thrive, and the more others try to copy them, the bigger the gap seems to get. Many authors have covered this, but many seem to ‘miss the mark' as they still focus on tools, often offering new ‘silver bullets’. Others focus on avoiding tools, focusing instead on Principles / Systems Thinking, etc. Cordell weaves a thread between these two camps, not seeking to elevate or undermine either, but instead highlighting the importance of an organisation's willingness to ‘learn’ as the real issue.

He tells us that we should call problems, problems (contrary to fashionable thinking) and use the solving of these problems to actually learn something valuable. He tells us that business leaders need to become ‘coaches’ to help their people do this, and to share and build on this learning continually. And he provides some sound advice on how to go about doing this. Cordell makes a compelling and powerful case about how we should all remember our role as ‘learners’ in life. Business leaders who want to succeed in improving their business, irrespective of whether or not they have a ‘Lean programme’ would be well advised to read this book!" 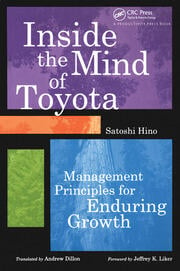 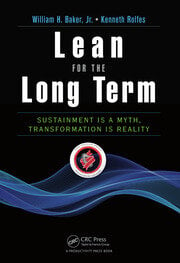