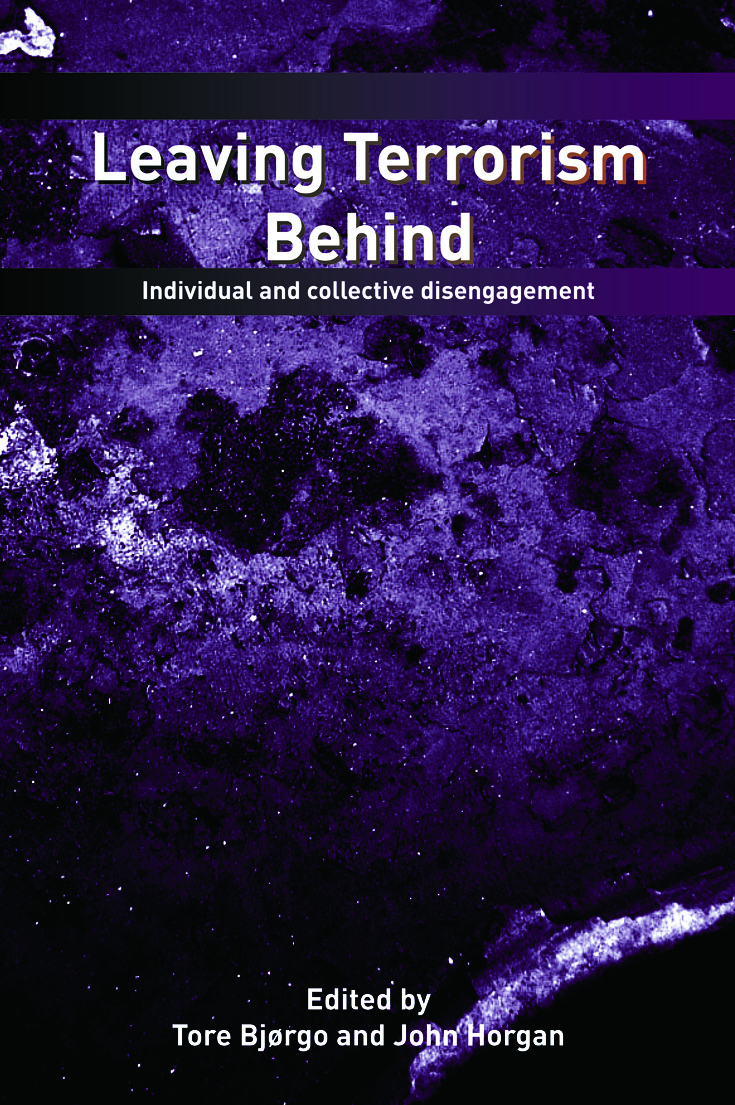 This new edited volume expands our understanding of the processes by which individuals and groups disengage from terrorism.

While there has been a growing awareness of the need to understand and prevent processes of radicalization into terrorism, disengagement and deradicalization from terrorism have long been neglected areas in research on terrorism. This book uses empirical data to explore how and why individuals and groups disengage from terrorism, and what can be done to facilitate it. The work also presents a series of case studies of disengagement programmes, from Colombia, northern Europe, Italy, Yemen, Saudi Arabia, Indonesia, Singapore and Malaysia, comparing and assessing their various strengths and weaknesses. In light of the lessons learned from these cases, this book describes and explains the potential for new developments in counter-terrorism.

This book will be of great interest to all students of terrorism studies, war and conflict studies, international security and politics in general, as well as professionals in the field of counter-terrorism.

'The conclusions drawn up by Bjørgo and Horgan summarise the editors’ own considerations on the debate, based on the case studies employed by all of the contributors, and offer the reader some final concepts and questions upon which to reflect. This, along with the wealth of information offered by such a broad range of empirical data and case studies, make for a captivating read.' - Natasha Kingston, University of Bath, UK

"An important collection of case studies, using empirical data to analyze the processes by which individuals and groups are likely to disengage from terrorism – a crucial component in the research on how to resolve terrorist insurgencies… The lessons learned from these cases are valuable in explaining their potential utility in a counterterrorism program’s ability to facilitate this crucial component in insurgency resolution."- Joshua Sinai, ‘Terrorism Bookshelf: Top 150 Books on Terrorism and Counterterrorism’, Perspectives on Terrorism, Vol. 6, No. 2 (2012)

Tore Bjørgo is Professor at the Norwegian Police University College and Senior Researcher at the Norwegian Institute of International Affairs. He has published extensively on terrorism, racist violence, youth gangs and crime prevention, and is author of Root Causes of Terrorism (2005).

John Horgan is Director of the International Center for the Study of Terrorism at The Pennsylvania State University. He is one of the world’s leading experts on terrorist psychology, and is author of over 50 publications in the field.