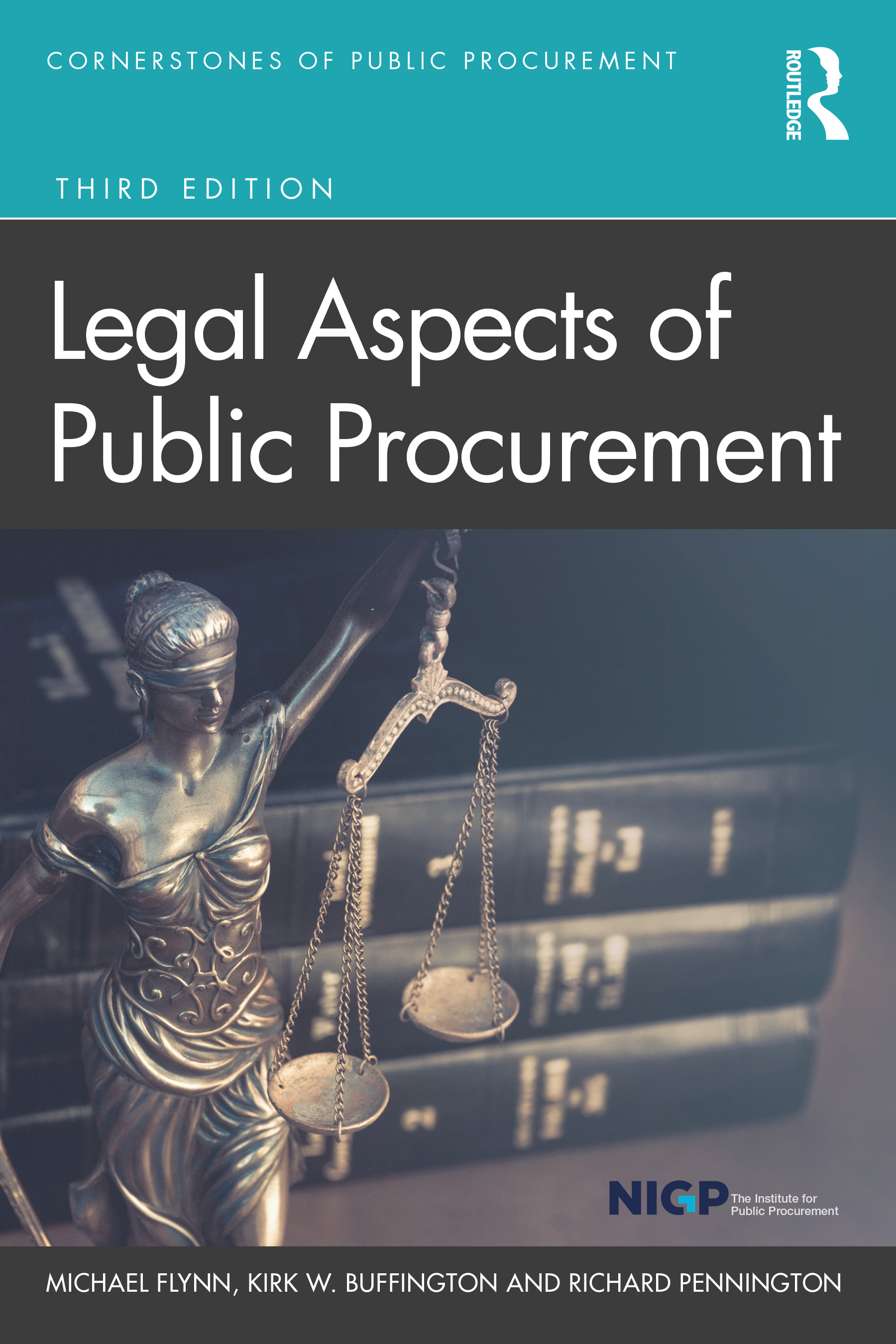 Legal Aspects of Public Procurement, Third Edition provides a glimpse into the relationships between the legal, ethical, and professional standards of public procurement, outlining not only the interconnections of federal, state, and local law but also best practice under comprehensive judicial standards. The book addresses the ever-changing legal structures that work in conjunction and define the public procurement profession, providing recommended guidance for how practitioners can engage in the function while staying ethically aligned. Instead of trying to address every issue at the heart of public procurement, however, the book seeks to establish the history and spirit of the law, outlining how practitioners can engage proactively and willingly to not only perform their function, but to also become advocates for procurement law modernization.

This Third Edition features new chapters on competitive sealed proposals and contract administration, as well as a thoroughly revised and updated chapter on procurement of information technology to better relate to an increasingly digital world. Promoting a start-to-finish guidance of the procurement process, Legal Aspects of Public Procurement explores the relationships between solicitation, proposals, contract administration, and the cutting-edge aspects of technology procurements, providing a theoretical and case-study driven foundation for novice and veteran practitioners alike.

Chapter 1: The Essential Principles and Structure of the United States Legal System

Chapter 3: The Basic Components of a Common Law Contract

Michael Flynn, Esq. is a professor of law at the Nova Southeastern University Shepard Broad Law Center in Fort Lauderdale, Florida. Professor Flynn was a trial lawyer and litigator in private practice and the Assistant Attorney General in the Washington State Attorney General’s Office and served as the Chief of the Consumer Protection and Antitrust Division of the Washington State Attorney General’s Office in Eastern Washington. He has taught at the University of Washington, the University of Miami, and Stanford University, has authored over 35 articles, and has conducted or presented at seminars and conferences for various professional groups. Kirk W. Buffington, CPPO, C.P.M., is the Director, Procurement Services for the City of Fort Lauderdale, Florida. A strong supporter of the profession, Mr. Buffington has served numerous positions of leadership in procurement associations on the local and National level. He sits on the NIGP Board of Directors and is a well-known speaker on government eProcurement topics. Richard Pennington, CPPO, was general counsel to NASPO ValuePoint from 2013 until 2018. He is a retired Air Force colonel who specialized in government contract law as a judge advocate. With the State of Colorado, he served as an assistant attorney general, state purchasing director, and director of the Division of Finance and Procurement. He also was of counsel in the Denver government contracts practice of McKenna, Long & Aldridge LLP. His articles appear in NIGP’s Government Procurement and NCMA’s Contract Management magazines, and he is the author of Seeing Excellence: Learning from Great Procurement Teams.