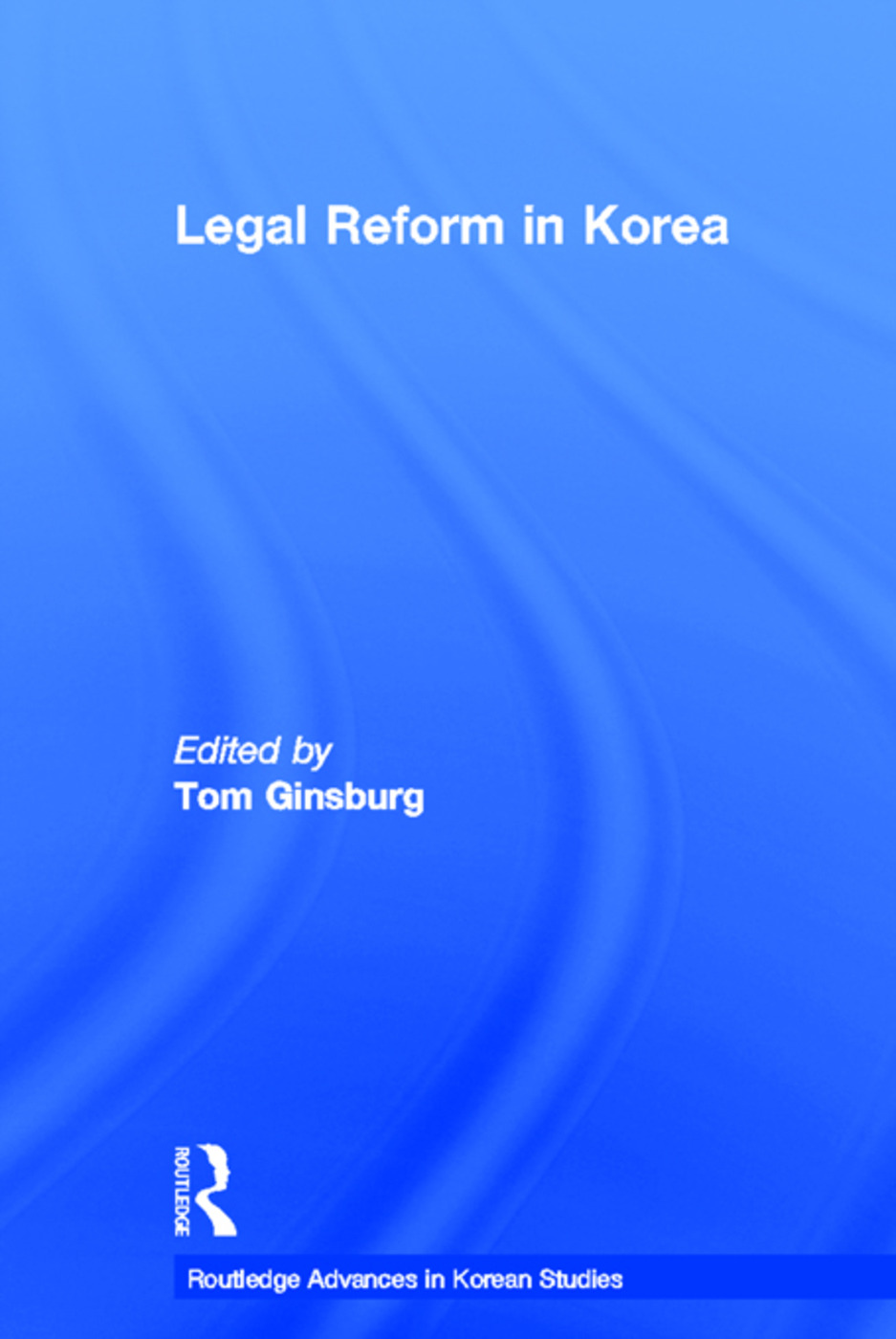 Law in Korea has historically been viewed as merely a tool of authoritarian rule, but since the transition to democracy in 1987 it has served a more important and visible role as a force for social change. With contributions from leading US and Korean scholars, Legal Reform in Korea explores this response to domestic and international pressures, applying a socio-legal perspective to both legal practices and the legal institutions themselves, which have become a major political issue throughout the developing world. An invaluable resource for students of Asian law and Korean studies.

'As a study of the problems involved in mobilising legal machinery to deal with the kinds of political, legal, economic and social problems faced by a new democracy and an emerging economy, this is a stimulating book … it is also a very interesting insight into the clashes that can occur between ancient and modern … philosophies in responding to the needs of an urbanising, expanding economy.' - Law & Politics Book Review

Thomas Ginsburg is Assistant Professor of Law and Political Science, University of Illinois at Urbana-Champaign, USA.