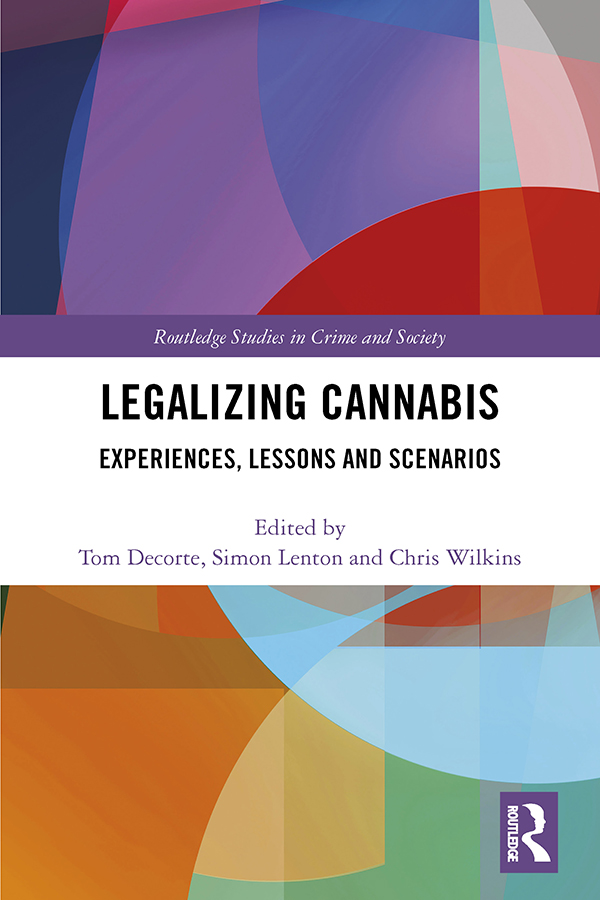 The book explores how we should evaluate the models of cannabis legalization as they have been implemented in several jurisdictions in the past few years; the specific models for future cannabis legalization that have been developed and how similar or different they are they from the models already implemented; as well as the lessons that can be drawn from attempts to regulate other psychoactive substances, such as alcohol, tobacco, pharmaceuticals and "legal highs", and other "vice" activities such as gambling and prostitution.

1.The uneven repeal of cannabis prohibition in the United States;

2.Practical lessons learned from the first years of the regulated recreational cannabis market in Colorado;

4.A century of cannabis control in Canada: A brief overview of history, context and policy frameworks from prohibition to legalization;

6.Cannabis decriminalization policies across the globe;

11.How not to legalize cannabis: lessons from New Zealand’s experiment with regulating "legal highs";

12.Coffeeshops in the Netherlands: regulating the front door and the back door;

15. The Australian experience and opportunities for cannabis law reform;

17.The risks of cannabis industry funding of community and drug treatment services – Insights from gambling;

18.Insights for the design of Cannabis Social Club regulation;

Tom Decorte is Professor of Criminology and director of the Institute for Social Drug research (ISD) at Ghent University (Belgium). He is co-founder of the Global Cannabis Cultivation Research Consortium (GCCRC). His research interests include patterns of substance use, on the supply side of cannabis markets, and on the implementation of local drug monitoring systems. He has been advisor to a range of organizations on policies to improve public health relating to the use of drugs around the world.

is Director of the National Drug Research Institute, and works part time as a clinical psychologist in private practice. His research interests include bridging the gap between drug policy research and drug policy practice, illicit drug use and harm reduction and impact of legislative options for drugs. He has published widely on drugs, health and the law and provided advice to a range of government and private organizations, on evidence-based drug policy and other drug issues.

Associate Professor Chris Wilkins is the leader of the drug research team at SHORE & Whariki Research Centre, Massey University, New Zealand. He has researched drug trends, drug markets and drug policy change. Most recently he has published on "not-for-profit" approaches to cannabis regulation, medicinal cannabis regimes, illegal cannabis markets, new psychoactive substances, organized crime and drug use in rural communities. Dr Wilkins has been an invited speaker at international meetings in Europe, the United States and Australia. He regularly presents papers at the annual meetings of the International Society for the Study of Drug Policy (ISSDP).