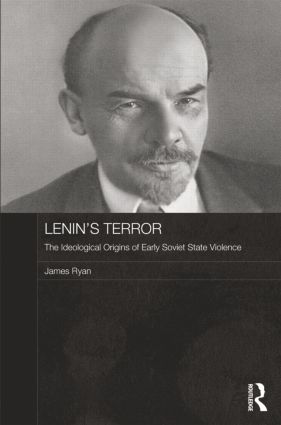 This book explores the development of Lenin’s thinking on violence throughout his career, from the last years of the Tsarist regime in Russia through to the 1920s and the New Economic Policy, and provides an important assessment of the significance of ideological factors for understanding Soviet state violence as directed by the Bolshevik leadership during its first years in power. It highlights the impact of the First World War, in particular its place in Bolshevik discourse as a source of legitimating Soviet state violence after 1917, and explains the evolution of Bolshevik dictatorship over the half decade during which Lenin led the revolutionary state. It examines the militant nature of the Leninist worldview, Lenin’s conception of the revolutionary state, the evolution of his understanding of "dictatorship of the proletariat", and his version of "just war". The book argues that ideology can be considered primarily important for understanding the violent and dictatorial nature of the early Soviet state, at least when focused on the party elite, but it is also clear that ideology cannot be understood in a contextual vacuum. The oppressive nature of Tsarist rule, the bloodiness of the First World War, and the vulnerability of the early Soviet state as it struggled to survive against foreign and domestic opponents were of crucial significance. The book sets Lenin’s thinking on violence within the wider context of a violent world.

"Ryan's important book offers an excellent account of Leninism as a revolutionary doctrince that sanctifies political violence and condemns entire social categories to state-engineered extinction. Masquerading as an ideology of the oppressed, it was a secular teleology of exclusion rooted in the visceral contempt for the rule of law, liberty, property and the universality of human rights." - Vladimir Tismaneanu, University of Maryland

"Lenin’s Terror off ers a chronological narrative of Lenin’s relationship with violence from the 1890s to the 1920s, and this makes it a real contribution to the historiography—both in terms of enabling further evaluations of the infl uence of Leninism on Stalinism as well as in its own right. For scholars of political violence, to wit, it is decidedly benefi cial to fi nd contained in one volume a comprehensive overview of Lenin’s take on terror, revolution, war, and dictatorship, especially because for Lenin, depending on the circumstances, violence understood as terrorism, for example, could be properly rethought—and legitimized—as partisan or civil war." - Claudia Verhoeven, Cornell University, Slavic Review