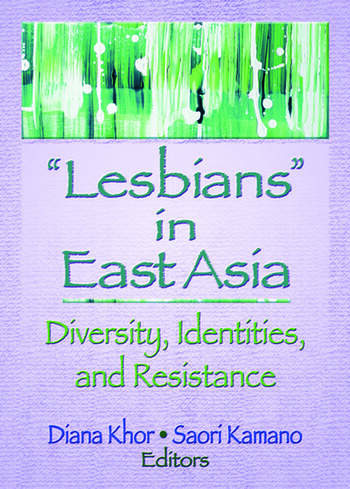 Discover the courageous, vibrant similarities and differences of lesbians in East Asia

How are same-sex relationships similar or different in the cultures of East Asia? “Lesbians” in East Asia: Diversity, Identities, and Resistance is a unique examination of research and vital issues involving lesbians and lesbianism in East Asia, using perspectives by academics and activists who typically are rarely published in English. Contributing experts from Hong Kong, mainland China, Japan, and Korea discuss a variety of topics, including solidarity and conflicts between lesbians and feminists, identities and identity politics, lesbian lives and families, and representation in mainstream culture.

Asia, because of its inherent language and cultural differences from Western society, is a location of a vast unrealized fount of knowledge about same-sex relationships and the societies in which they interact. “Lesbians” in East Asia: Diversity, Identities, and Resistance begins to fill this gap in knowledge, going beyond “East-West” divisions by gathering in one volume studies in Asia lesbian/queer studies of both the West and Asia. The text’s emphasis is on points of connection and cooperation across the cultures within Asia and between this region and other areas of the world. Diverse viewpoints and research on lesbians in China, Hong Kong, South Korea, and Japan are presented showing issues and concerns that may be different—and often are very similar—to regions beyond those borders.

Topics in “Lesbians” in East Asia: Diversity, Identities, and Resistance include: