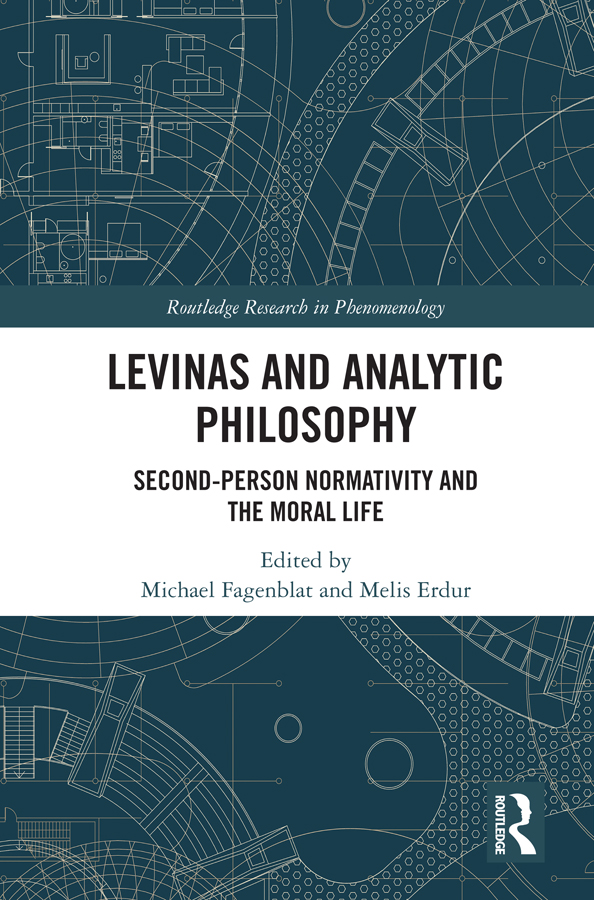 This volume examines the relevance of Emmanuel Levinas’s work to recent developments in analytic philosophy. Contemporary analytic philosophers working in metaethics, the philosophy of mind, and the metaphysic of personal identity have argued for views similar to those espoused by Levinas. Often disparately pursued, Levinas’s account of "ethics as first philosophy" affords a way of connecting these respective enterprises and showing how moral normativity enters into the structure of rationality and personal identity.

In metaethics, the volume shows how Levinas’s moral phenomenology relates to recent work on the normativity of rationality and intentionality, and how it can illuminate a wide range of moral concepts including accountability, moral intuition, respect, conscience, attention, blame, indignity, shame, hatred, dependence, gratitude and guilt. The volume also tests Levinas’s innovative claim that ethical relations provide a way of accounting for the irreducibility of personal identity to psychological identity. The essays here contribute to ongoing discussions about the metaphysical significance and sustainability of a naturalistic but nonreductive account of personhood. Finally, the volume connects Levinas’s second-person standpoint with analogous developments in moral philosophy.

"An innovative collection of essays written by an impressive group of scholars that demonstrates the important contribution that Levinas's thought can make to discussions more commonly associated with the analytic philosophical tradition." – Leslie MacAvoy, East Tennessee State University, USA

"With the increasing need to build bridges among the different philosophical traditions and with the growing interest in Levinas’s work, this book will appeal to a significant number of scholars working in Levinas studies, moral philosophy, and philosophy of mind. Erdur and Fagenblat have assembled a first rate group of scholars whose essays will encourage discussions across intra-disciplinary boundaries." – Claire Katz, Texas A&M University, USA

The Concept of Truth in Levinas’s Totality and Infinity

Michael Fagenblat is Senior Lecturer at the Open University of Israel. He is the author of A Covenant of Creatures: Levinas's Philosophy of Judaism (2010), editor of Negative Theology as Jewish Modernity (2017), and other publications in phenomenology and the philosophy of religion.

Melis Erdur received her Ph.D. in Philosophy from New York University in 2013. She has held several postdoctoral fellowships in Israel, and published articles in the area of moral philosophy, including "A Moral Argument Against Moral Realism", Ethical Theory and Moral Practice, 19 (3), 591-602, 2016, and "Moral Realism and the Incompletability of Morality", The Journal of Value Inquiry, 52 (2), 227-237, 2018.