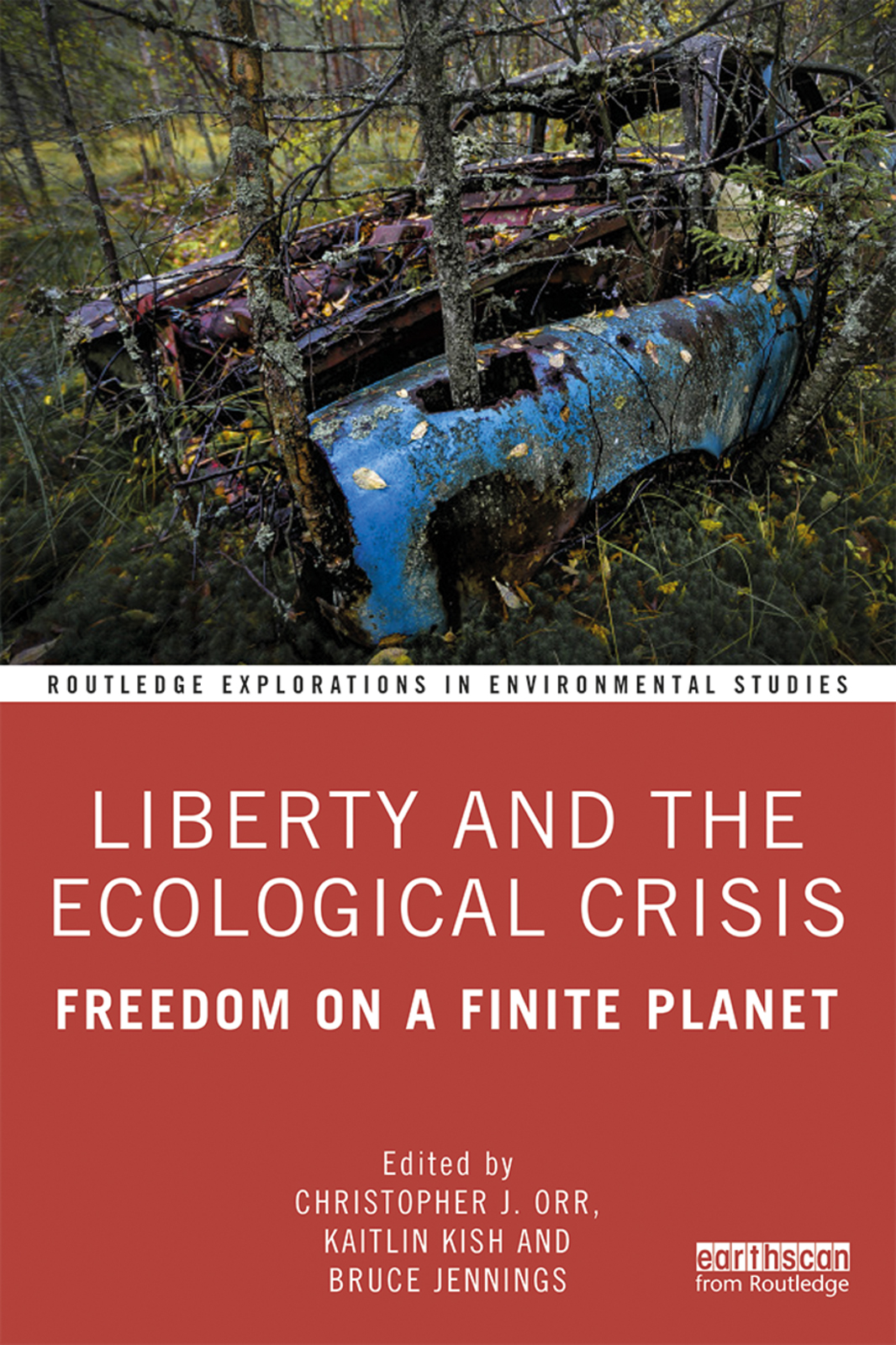 Liberty and the Ecological Crisis

This book examines the concept of liberty in relation to civilization’s ability to live within ecological limits.

Freedom, in all its renditions – choice, thought, action – has become inextricably linked to our understanding of what it means to be modern citizens. And yet, it is our relatively unbounded freedom that has resulted in so much ecological devastation. Liberty has piggy-backed on transformations in human–nature relationships that characterize the Anthropocene: increasing extraction of resources, industrialization, technological development, ecological destruction, and mass production linked to global consumerism. This volume provides a deeply critical examination of the concept of liberty as it relates to environmental politics and ethics in the long view. Contributions explore this entanglement of freedom and the ecological crisis, as well as investigate alternative modernities and more ecologically benign ways of living on Earth. The overarching framework for this collection is that liberty and agency need to be rethought before these strongly held ideals of our age are forced out. On a finite planet, our choices will become limited if we hope to survive the climatic transitions set in motion by uncontrolled consumption of resources and energy over the past 150 years. This volume suggests concrete political and philosophical approaches and governance strategies for learning how to flourish in new ways within the ecological constraints of the planet.

Mapping out new ways forward for long-term ecological well-being, this book is essential reading for students and scholars of ecology, environmental ethics, politics, and sociology, and for the wider audience interested in the human–Earth relationship and global sustainability.

2. Liberty in the near Anthropocene: State, Market, and Livelihood

3. Nations and Nationalism in the Anthropocene

Part II Seeds of Freedom and Nature in Modern Traditions

5. Are Freedom and Interdependency Compatible? Lessons from Classical Liberal and Contemporary Feminist Theory

6. Limits and Liberty in the Anthropocene

7. The Virtue Ethics Alternative to Freedom for a Mutually Beneficial Human-Earth Relationship

8. Who Stands for Uŋčí Makhá: The Liberal Nation-State, Racism, Freedom, and Nature

9. Nature, Liberty, and Ontology: Why Nature Experience Still Exists and Matters in the Anthropocene

10. Liberation from excess – a post-growth economy case for freedom in the Anthropocene

11. Cognitively Unstable Rational Agents: A New Challenge for Economics in the Anthropocene?

12. The Civilicene and its Alternatives: Anthropology and its Longue Durée

13. Defending and Driving the Climate Movement by Redefining Freedom

Part IV From Navigating the Anthropocene to Being in the Ecozoic

14. A Beginners Guide to Avoiding Bad Policy Mistakes in the Anthropocene

15. Liberty, energy and complexity in the Longue Durée

16. Forest on Trial: Towards a Relational Theory of Legal Agency for Transitions into the Ecozoic

17. From the Ecological Crisis of the Anthropocene to Harmony in the Ecozoic

Christopher J. Orr is a PhD candidate as part of the Economics for the Anthropocene project in the Department of Natural Resource Sciences at McGill University, Canada.

Kaitlin Kish is a Postdoctoral Fellow for the Economics for the Anthropocene project at McGill University and lecturer at the University of British Columbia's Haida Gwaii Institute, Canada.

Bruce Jennings is Adjunct Associate Professor in the Department of Health Policy and the Center for Biomedical Ethics and Society at the Vanderbilt University School of Medicine. He is Senior Fellow at the Center for Humans and Nature in Chicago, and Senior Advisor and Fellow at The Hastings Center in New York.