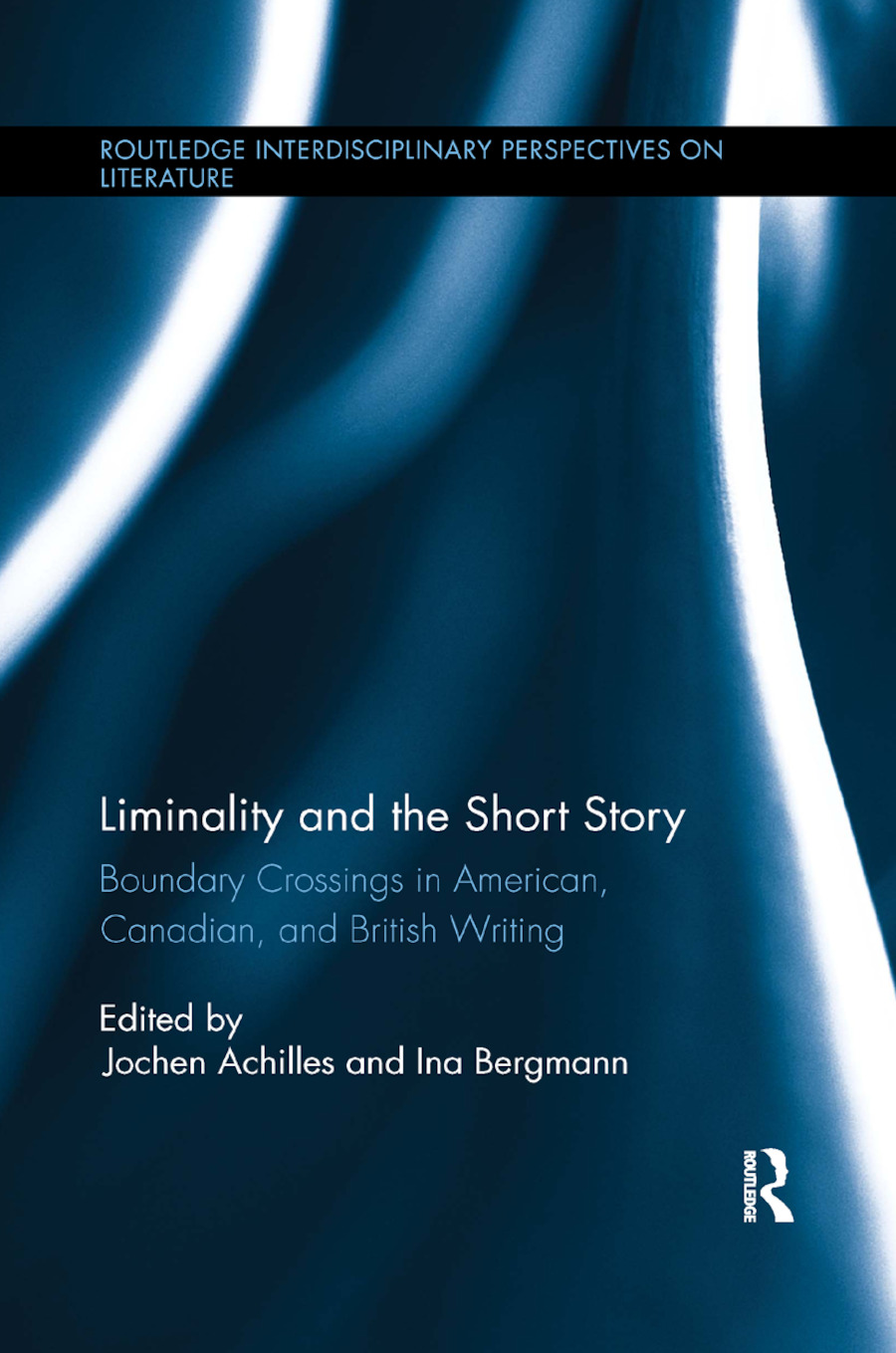 Liminality and the Short Story

Liminality as a concept of demarcation and mediation between different processual stages, spatial complexes, and inner states is of obvious importance in an age of global mobility, digital networking, and interethnic transnationality. Over the last decade, many symposia, exhibitions, art, and publications have been produced which thematize liminality, covering a wide range of disciplines including literary, geographical, psychological and ethnicity studies.

Part I: Liminality and the Short Story 1.1 Uses of Liminality 1. "Betwixt and Between": Boundary Crossings in American, Canadian, and British Short FictionJochen Achilles and Ina Bergmann Part II: The Liminality of the Short Story 2.1 Conceptualizations of Liminality 2. Modes of Liminality in American Short Fiction: Condensations of Multiple IdentitiesJochen Achilles3. Liminal and Liminoid Discourses in Modernist Women’s Short Fiction: Performance, Spectatorship, and CinemaClaire Drewery4. In the Generic Interzone: On the Liminal Character of William S. Burroughs’s Routines Florian Zappe 2.2 Methods of Approach 5. Cognitive Liminality: On the Epistemology of the Short Story Michael Basseler6. Experiencing Short Stories: A Cognitive Approach Focusing on Reading Narrative Space Renate Brosch7. Between Story and Essay: Micro-Markers of Storyness Susan Lohafer 2.3 Conditions of Publication 8. "Small Tales": Brevity and Liminality in Early American MagazinesOliver Scheiding9. The Liminal Spaces of Hawthorne’s Short Story Cycles: Rites of Passage in History and Story-Telling Alfred Bendixen10. Variety in Unity, Unity in Variety: The Liminal Space of the American Short Story Anthology Kasia Boddy Part III: Liminality in the Short Story 3.1 Contexts of Writing 11. "I Have Heard Many Stranger Stories than This, in the Villages Along the Hudson": Magic Realism in Upstate New York Ina Bergmann12. Madness as a Liminal State in the American Short Story: Edgar Allan Poe’s Ratiocin

Jochen Achilles is Professor of American Studies at the University of Wuerzburg, Germany. His authored book publications include a study on the development of Sean O'Casey's plays in the context of modern drama and a book on the interface between the gothic tradition and psychological fiction, focusing on Sheridan Le Fanu. His most recent book publications are co-edited volumes on representations of evil in fiction and film (2009) and on liminal anthropologies (2012).

Ina Bergmann is Associate Professor of American Studies at the University of Wuerzburg, Germany. She is the author of And Then the Child Becomes a Woman (2003) and co-editor of Global Challenges and Regional Responses in Contemporary Drama in English (2003) and Representations of Evil in Fiction and Film (2009).