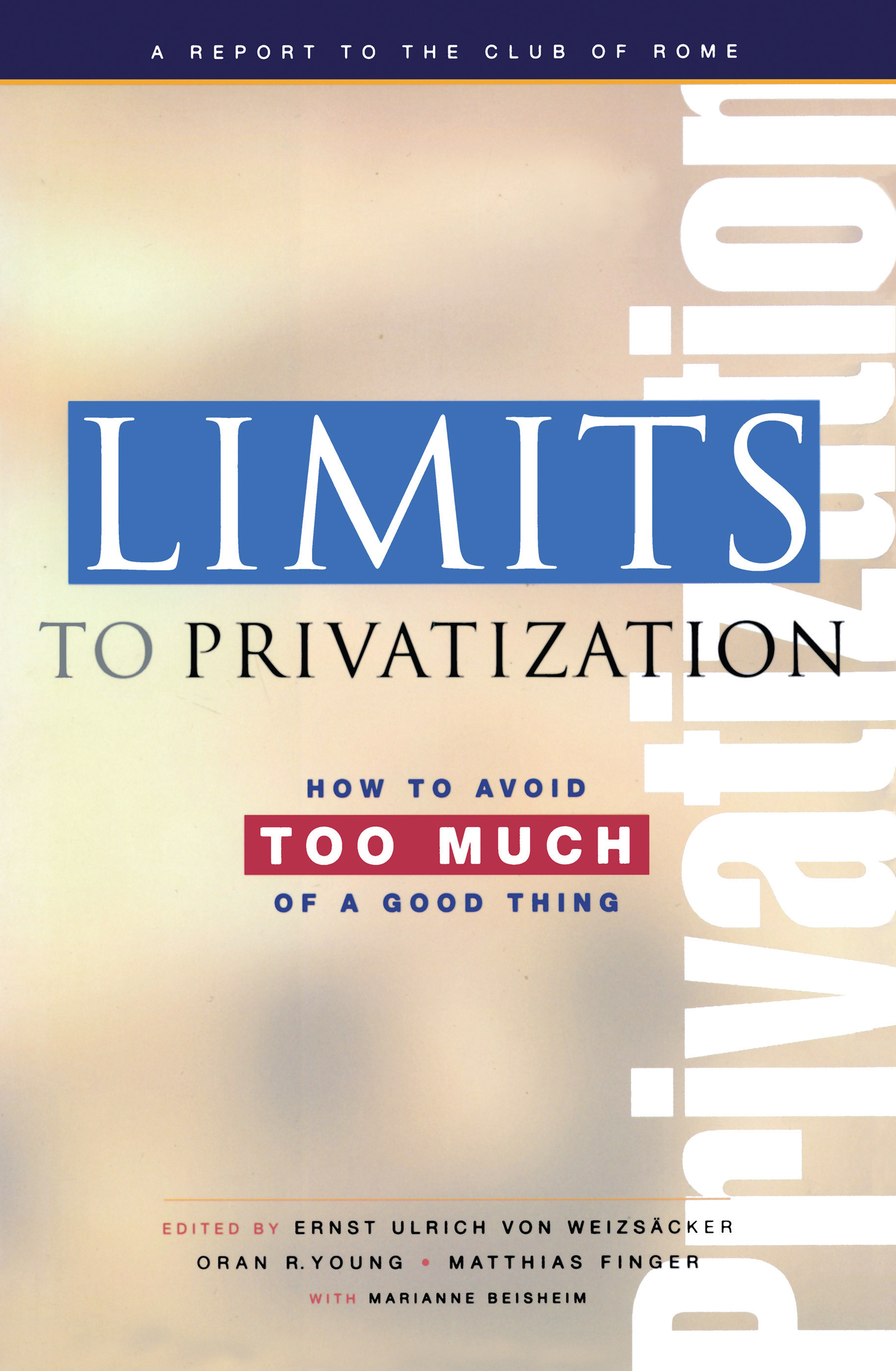 How to Avoid Too Much of a Good Thing - A Report to the Club of Rome, 1st Edition

Limits to Privatization is the first thorough audit of privatizations from around the world. It outlines the historical emergence of globalization and liberalization, and from analyses of over 50 case studies of best- and worst-case experiences of privatization, it provides guidance for policy and action that will restore and maintain the right balance between the powers and responsibilities of the state, the private sector and the increasingly important role of civil society. The result is a book of major importance that challenges one of the orthodoxies of our day and provides a benchmark for future debate.

'In the golden days of the Washington consensus, privatization was viewed as one of the central pillars of successful development. Ideology and interests triumphed over economic theory and experience, both of which noted the difficulties posed by privatization and its limitations. Through a series of case studies, Weizsäcker and his colleagues illustrate the limits to privatization' JOSEPH E. STIGLITZ, winner of the Nobel Prize in economics and former chief economist and senior vice-president of the World Bank 'Detailed case analysis is the only way to ensure that we learn how to get privatization policies right. This book with a sound ethical foundation is an invaluable resource for policy-makers, trade unions, the business community and all who are interested in what should be publicly or privately owned' JUAN SOMAVIA, Director-General, ILO 'This timely new book is an important contribution as we explore the crisis in good jobs for working people the world over' JOHN SWEENEY, President for Public Affairs, AFL-CIO 'Indigenous peoples are among those caught in the cracks between public and private ownership. Territories and resources which we traditionally own have been systematically and immorally appropriated both by states or the private sector. This book presents solutions for balanced approaches to regulate privatization which otherwise threatens to endanger our continuing existence' VICTORIA TAULI CORPUZ, Executive Director, Tebtebba (Indigenous Peoples' International Centre for Policy Research and Education), Philippines