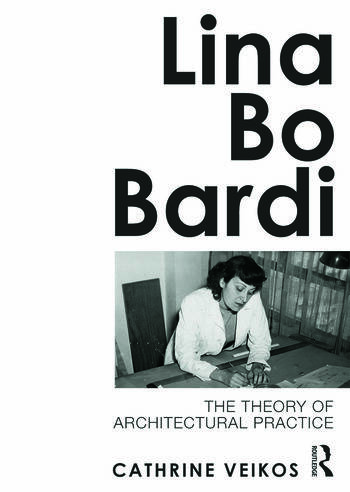 The architect, Lina Bo Bardi (1914–1992), has long been considered one of the major modern architects of the twentieth century in Brazil. Her iconic Museum of Art of São Paulo (1968), and the bold, Social Service for Commerce Building-Pompéia, São Paulo (1986), have gained recognition in recent years and her reputation is beginning to be acknowledged internationally. Bo Bardi’s major writings on architecture, however, have not been translated, and are not well known.

This book contains the first English-language translation of Propeadeutic Contribution to the Teaching of Architecture Theory, (Habitat, Ltd. São Paulo, 1957), a seminal text, published in Portuguese by the Italo-Brazilian Bo Bardi. It is arguably the first published writing on architecture theory by a practicing woman architect. Accompanying the translation is an introductory essay that interprets Bo Bardi’s text as a critical and constructive theory of architecture built from a collection of textual and visual artifacts.

This translation clearly renders Bo Bardi’s work in English, and contextualizes it theoretically, taking into account the specific historical sources and contemporaneous discourses from which it draws. With comparisons to other important architectural pedagogies and theoretical texts of the period, it is also an inquiry into the nature of architecture history and theory, its role in education and its relation to practice.