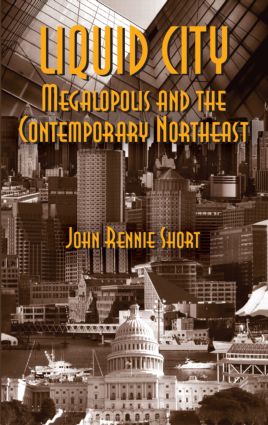 Megalopolis was the name given to a Peloponnesian city that was founded around 371- 368 BCE. Though planned on a grand scale, the city failed to realize the dreams of the founders, and it declined by the late Roman period. In 1957, the renowned geographer Jean Gottman applied the term in his description of the densely populated area of the northeastern United States that includes the cities of Boston, New York, Philadelphia, Baltimore, and Washington. Liquid City is the first book to examine the social, economic, and demographic changes that have taken place in Megalopolis over the past fifty years. Nearly one in six Americans live in the modern Megalopolis, making it one of the largest city regions in the world. John Rennie Short juxtaposes Gottman's work with his own examination, providing a comprehensive assessment of the region's evolution. Particularly important are his use of 2000 Census data and his discussions of sources of identity, unity, and fragmentation in Megalopolis. Emphasizing the fluid, variable character of Megalopolis, this clear and accessible book focuses on five aspects of change: population redistribution from cities to suburbs; economic restructuring; immigration; patterns of racial/ethnic segregation; and the processes of globalization that have made one of the world's most influential economies.

'Elegant and thought-provoking…John Rennie Short has done a masterful job of revisiting and documenting how Megalopolis has changed since Gottmann.' 'A timely and valuable work for those interested in the origin and evolution of the Northeast‘s megalopolis. The engaging style will be appreciated by audiences in academics and beyond - including policymakers, planners, and the general public.' Robert Lang, Metropolitan Institute at Virginia Tech 'This work will be of particular interest within the disciplines of geography, urban sociology, urban history, and urban studies and planning.' Choice

John Rennie Short is professor of public policy at the University of Maryland, Baltimore County, where he specializes in urban issues and globalization. His books include Alabaster Cities, Urban Theory, Globalization and the City, and Global Metropolitan.