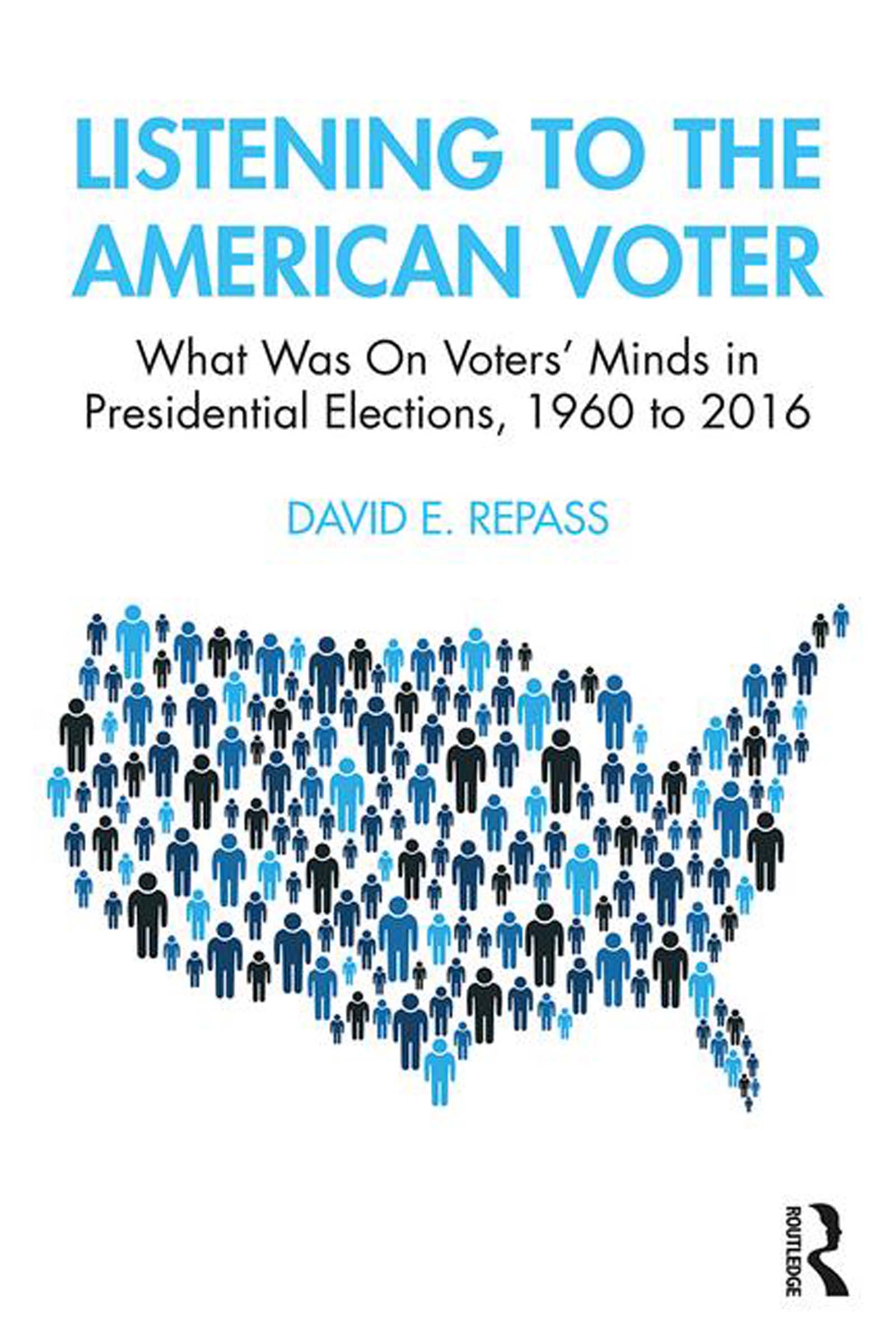 Listening to the American Voter

This book explains why elections from 1960 to 2016 came out the way they did. Why did voters choose one candidate over the other and what issues were they concerned with? The answer comes from talking to thousands of voters and analyzing their verbatim responses.

Traditional methods used by most political analysts have often led to false interpretations and an empty conventional wisdom. Using a unique model and high quality survey data from the American National Election Studies, this book sheds original light on what voters think the most important problems are, what short-term forces may affect voting behavior, the role of ideology, and ultimately, the impact on democracy of not listening to what voters say. In addition, the author presents a new way to measure the ideological composition of the American electorate and considers whether the polarization of Congress represents a reflection of a polarized public.

Appropriate for students of American government and informed citizens as well, this book is a revolution in the study of electoral behavior.

Praise for Listening to the American Voter

In an era of shoddy and shallow political polls, there is one gold standard: the National Election Surveys from the University of Michigan. One of the nation's premier analysts of public opinion, David RePass, has found in their treasure trove of contemporary and historical data, innovative and penetrating ways of using voters' own words to understand their motivations and election choices. Listening to the American Voter will go alongside the classic The American Voter as essential reading for all who study, do research and write about American elections and voters.

David RePass recognizes that the key to understanding voting is paying attention to how voters think about the election. Thus, in Listening to the American Voter, he uses the open-ended comments of ANES respondents to develop a model for measuring the importance of the attitudes that voters had in mind when making their decisions.  RePass’s creative examination of presidential voting yields significant new analysis of the 2016 election as well as fresh insights into the dynamics of elections past and future.

This work is a cornucopia of fresh, striking insights about how voters choose their presidential candidates.  Employing quality data and several creative analytical techniques, RePass discovers the four key factors shaping presidential voting decisions: attitudes toward the major party candidates, issue concerns of the moment and party identification. Anyone seeking an explanation of presidential election results from 1960 through 2016 should read this book.

Contemporary political behavior researchers have largely ignored a huge trove of data on the beliefs and preferences of the American public, namely, the vast reserve of answers to the open-ended survey questions in the American National Election Studies. Rather than force voters to shoehorn their positions and evaluations into fixed response categories, the open-ended questions allow them to respond in their own words. Repass carefully analyzes these data, showing what things mattered and how their importance varied over different elections, sometimes contradicting previous interpretations along the way. I hope that this welcome effort will motivate younger researchers to turn their attention to this too long ignored collection of data.

Chapter 4 Images of the Candidates

Chapter 5 The Components of Vote

Appendix A My Model Equation and the Components

Appendix B Calculating the Amount of Random Response

David E. RePass is Emeritus Professor of Political Science at University of Connecticut and author of the landmark article "Issue Salience and Party Choice."