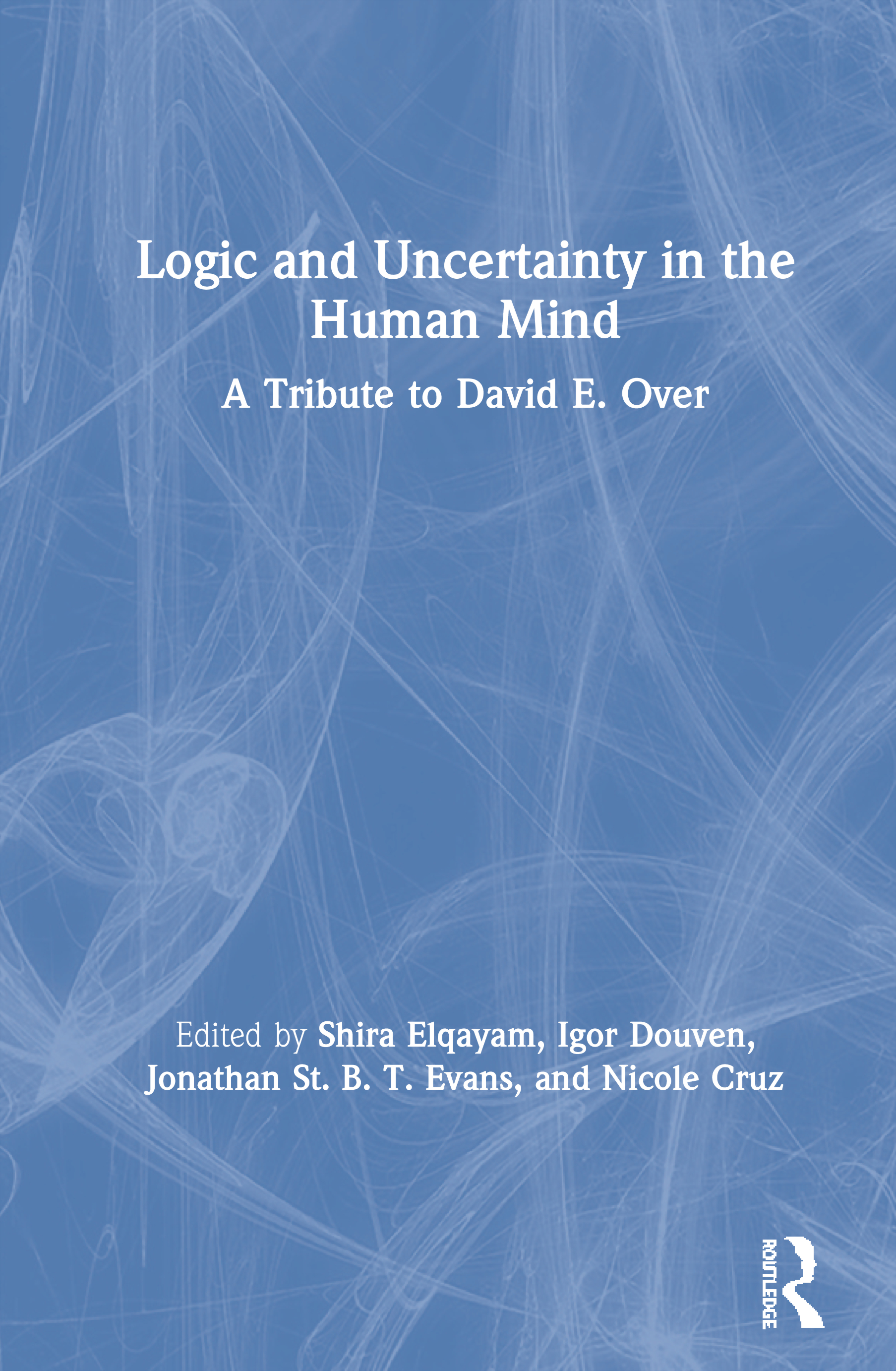 Logic and Uncertainty in the Human Mind

A Tribute to David E. Over, 1st Edition

David Earl Over is a leading cognitive scientist and, with his firm grounding in philosophical logic, he also exerts a powerful influence on the psychology of reasoning. He is responsible for not only a large body of empirical work and accompanying theory, but for advancing a major shift in thinking about reasoning, commonly known as the ‘new paradigm’ in the psychology of human reasoning.

Over’s signature mix of philosophical logic and experimental psychology has inspired generations of researchers, psychologists, and philosophers alike over more than a quarter of a century. The chapters in this volume, written by a leading group of contributors including a number who helped shape the psychology of reasoning as we know it today, each take their starting point from the key themes of Over’s ground-breaking work. The essays in this collection explore a wide range of central topics—such as rationality, bias, dual processes, and dual systems—as well as contemporary psychological and philosophical theories of conditionals. It concludes with an engaging new chapter, authored by David Over himself, which details and analyses the new paradigm psychology of reasoning.

This book is therefore important reading for scholars, researchers, and advanced students in psychology, philosophy, and the cognitive sciences, including those who are not familiar with Over’s thought already.

David Over is renowned for his fruitful application of his skills in logic to questions about the psychology of reasoning and the meaning of conditionals. This book gives well-deserved recognition to his achievements.

You hold in your hands a book to honour Professor David Over. His extraordinary career — from philosopher to cognitive psychologist — reflects his passion to understand how humans reason. As its varied and striking contents make clear, the honour is more than merited.

This is an erudite volume in honour of an erudite and generous scholar. Philosophically informed psychology was pioneered by David Over, and the contributors collected here provide a fitting tribute by extending his legacy in the multiple problem areas where he made major contributions.

Chapter 1: The contribution of David Over: An intellectual biography by Ken Manktelow & Jonathan Evans

Two Systems for Thinking with a Community: Outsourcing versus Collaboration by Babak Hemmatian & Steven Sloman

Relevance and conditionals: A synopsis of open pragmatic and semantic issues by Niels Skovgaard Olsen

Correlation detection with and without the theory of conditionals: A model update of Hattori & Oaksford (2007) by Tatsuji Takahashi

Shira Elqayam is Professor of Cognitive Psychology and Cognitive Science at De Montfort University. Her research interests are in reasoning and rationality, with emphasis on normative thinking and rationality in context. Her work is interdisciplinary with many insights inspired by language and philosophy.

is a philosopher and cognitive scientist. He is currently Research Director at the French National Centre for Scientific Research (INSHS). His main research interests are in concepts, conditionals, and rationality.

is Emeritus Professor of Psychology at the University of Plymouth. He is best known for his work on conditionals and dual process theories of reasoning. He has conducted many studies of thinking, reasoning, and decision making since the 1970s, publishing numerous journal articles and several books on these topics.

is a cognitive scientist at the University of New South Wales. In 2018, she received her PhD in Psychology at Birkbeck, University of London in conjunction with the School for Advanced Studies in the Social Sciences (EPHE). Her main areas of research are reasoning and decision making under uncertainty, using tools from philosophical logic, experimental psychology, and computational modelling.