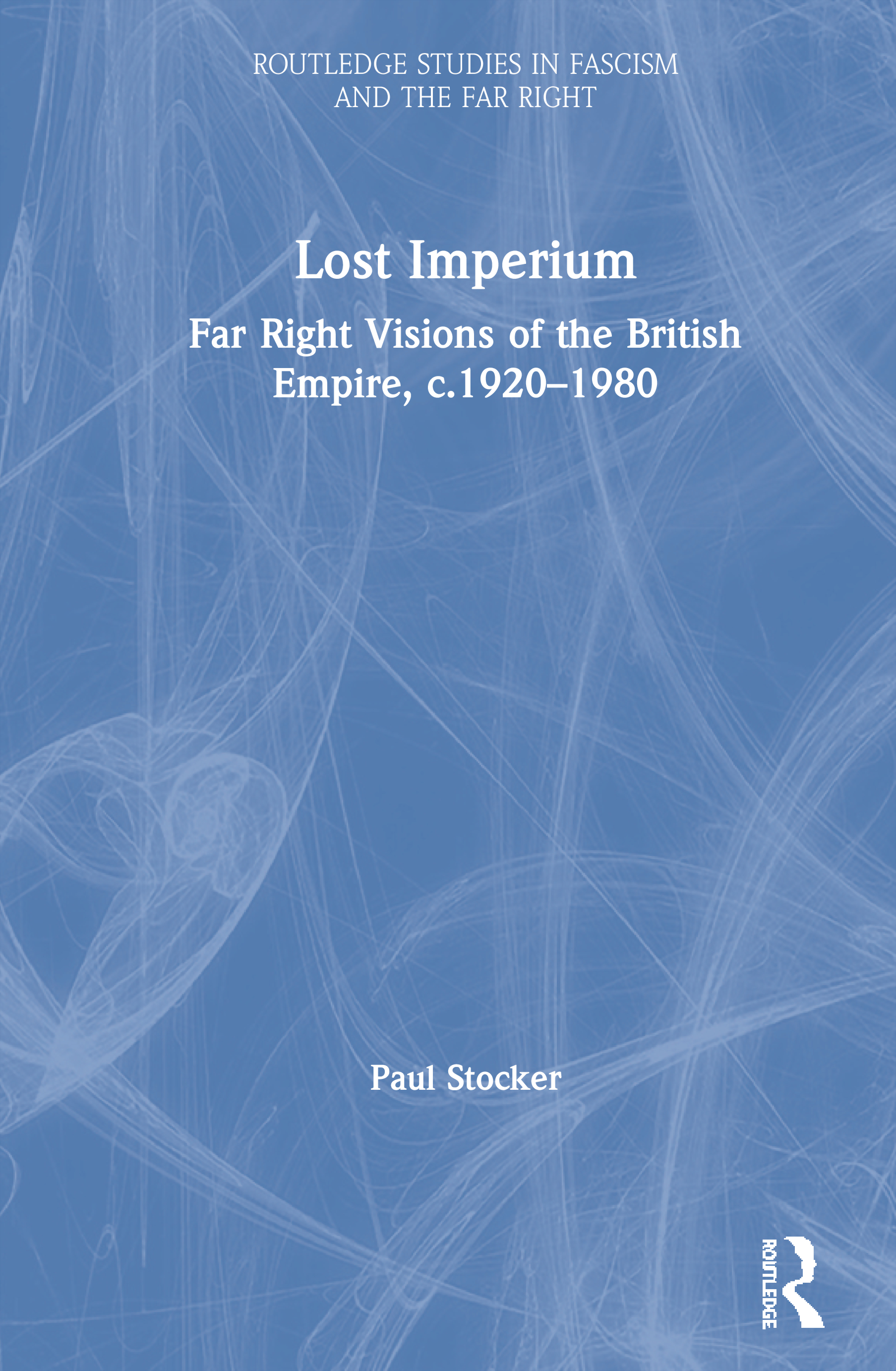 This book examines, for the first time, the role of Britain's Empire in far-right thought between 1920 and 1980. Throughout these turbulent decades, upheaval in the Empire combined with declining British world power was frequently discussed and reflected upon in far-right publications, as were radical policies designed to revitalise British imperialism.

Drawing on the case studies of Ireland, India, Palestine, Kenya and Rhodesia, this book argues that imperialism provided a frame through which ideas at the core of far-right thinking could be advocated: nationalism, racism, conspiracy theory, anti-Semitism and anti-communism. The far-right's opposition to imperial decline ultimately reflected more than just a desire to reverse the fortunes of the British Empire, it was also a crucial means of promoting central ideological values. Ultimately, by analysing far right imperial thought, we are able to understand how they interacted with mainstream ideas of British imperialism during the 20th century, whilst also promoting their own uniquely racist, violent and authoritarian vision of Empire.

This book will be of interest to students and scholars of British fascism, empire, imperialism, racial and ethnic studies, and political history.

Chapter 1: The Far Right and the British Empire

Paul Stocker is a Visiting Fellow in Political History at the University of Northampton, UK, and a Senior Fellow at the Centre for Analysis of the Radical Right.