• Uses classical algebra to present the method, making it easily accessible to engineers

Written in an easy-to-understand tutorial format, the text begins with a short presentation of Maxwell’s equations, discusses the generation mechanism of iron losses, and introduces their static and dynamic components. It then demonstrates simplified models for the hysteresis phenomena under alternating magnetic fields. The book also focuses on the Preisach and Jiles–Atherton models, discusses vector hysterisis modeling, introduces the FE technique, and presents nodal and edge elements applied to 3D FE formulation connected to the hysteretic phenomena.

The book discusses the concept of source-field for magnetostatic cases, magnetodynamic fields, eddy currents, and anisotropy. It also explores the need for more sophisticated coding, and presents techniques for solving linear systems generated by the FE cases while considering advantages and drawbacks.

João Pedro A. Bastos completed his doctoral thesis (Docteur d’Etat) at Université Pierre et Marie Curie, Paris VI, in 1984. He then returned to Brazil at the Universidade Federal de Santa Catarina (UFSC) and became a full professor in 1992. He founded GRUCAD in 1985—a group that plays an important role in the development of the area of electromagnetic field analysis in Brazil. Dr. Bastos worked as a visiting professor at the University of Akron, Ohio, in 1992 and 2001. He is also the author of four books and has published several papers in periodic journals and conferences.

received his engineering and master of science degrees from Universidade Federal de Santa Catarina (UFSC) in 1982 and 1985, respectively. In 1993, he received his PhD from the Institut National Polytechnique de Toulouse (INPT). He then returned to Brazil and continued his research and teaching activities at GRUCAD-UFSC and became a full professor in 1996. In 2000, he received his HDR (Habilitation) diploma, also from the INPT. Dr. Sadowski has been active on international agreements with universities in France, Germany, and Belgium. He is also the author of several conference and journal papers. He is also very active on industrial consulting.

"… an important contribution to the area of numerical design in electromagnetics and in particular in low frequency design, including electric machines and actuators. It is a thorough, balanced presentation of the theory and its application."
—Dr. Nathan Ida, The University of Akron

"Written by specialists in the modeling of electromagnetism …useful for researchers and teachers with experience in the area or for students, wishing to acquire knowledge in the field."
—F. Bouillaultm, Professor at Paris Sud University 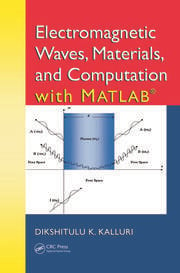