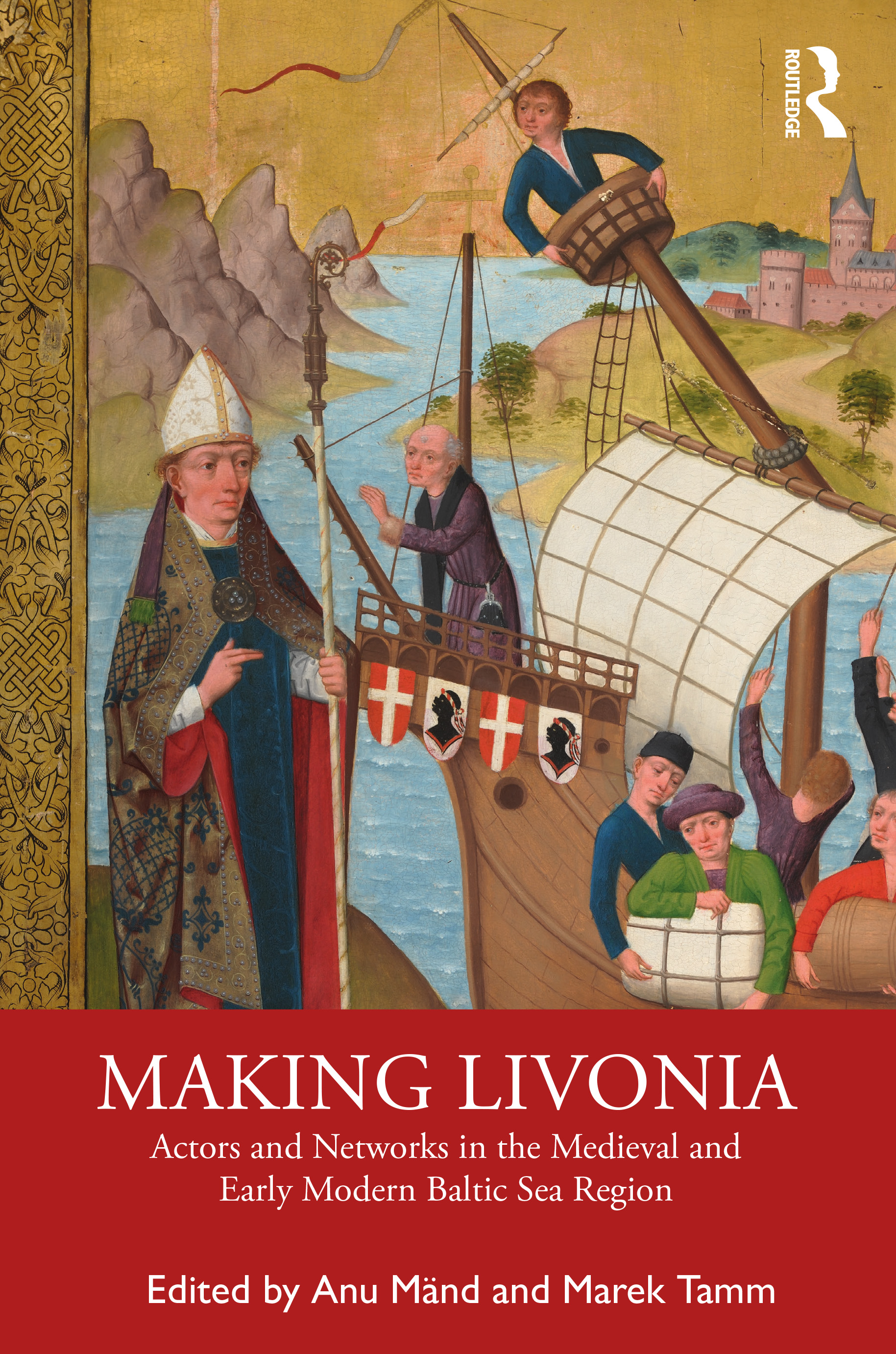 The region called Livonia (corresponding to modern Estonia and Latvia) emerged out of the rapid transformation caused by the conquest, Christianisation and colonisation on the north-east shore of the Baltic Sea in the late twelfth and the early thirteenth century. These radical changes have received increasing scholarly notice over the last few decades. However, less attention has been devoted to the interplay between the new and the old structures and actors in a longer perspective.

This volume aims to study these interplays and explores the history of Livonia by concentrating on various actors and networks from the late twelfth to the seventeenth century. But on a deeper level the goal is more ambitious: to investigate the foundation of an increasingly complex and heterogeneous society on the medieval and early modern Baltic frontier – ‘the making of Livonia’.

Introduction: Actors and Networks in the Medieval and Early Modern Baltic Sea Region

2. Political Centres or Nodal Points in Trade Networks? Estonian Hillforts Before and After the Thirteenth-century Conquest

3. Visual Performances of Power in the Period of Danish Crusades

4. Neophytes as Actors in the Livonian Crusades

5. Politics of Emotions and Empathy Walls in Thirteenth-Century Livonia

6. Donating Land to the Church: Topos as a Legal Argument in Thirteenth-Century Livonia

7. Mobility of the Livonian Teutonic Knights

8. Manuscript Fragments as Testimonies of Intellectual Contacts between Tallinn and European Learning Centres in the Thirteenth and Fourteenth Centuries

9. City Scribes and the Management of Information: The Professionalization of a Transgenerational Agency and Its Agents in Tallinn (c. 1250–1558)

10. Cistercian Networks of Memory: Commemoration as a Form of Institutional Bonding in Livonia and Beyond During the Late Middle Ages

11. The ‘Hanseatic’ Trade of the Finnish Skalm Family in the Fifteenth and Early Sixteenth Centuries

13. Mintmasters as the Nodes of the Social and Monetary Network: The Life and Career of Paul Gulden (c. 1530–93)

Conclusion: From Vineyard of the Lord to Outpost of Empires: Actors and Networks in the Conquest, Government and Society of Livonia (Twelfth–Sixteenth Centuries)

Anu Mänd is Head of the Centre for Medieval Studies at Tallinn University.

is Professor of Cultural History at Tallinn University.