Management of Hydrological Systems: Analysis and perspective of the contingent valuation of water for mountain basins

The contingent valuation of water is one of the key components when wanting to implement proposals for integrated water management in mountain basins. Management of Hydrological Systems (MHS), is one of the great challenges that the Sustainable Development Goals (SDGs) currently demand. Mainly in mountain basins with fragile ecosystems that face strong pressures such as poverty, urban and population growth, low water supply and sanitation, and climate change.

Management of Hydrological Systems aims for sustainable water management, through contingent water valuation, showing the reader in a didactic way the procedure to follow in mountain basins. This book offers a complete characterization of the main problems affecting this type of basin, as well as the detailed procedure of the contingent valuation of water, which directly involves users. As such, this work is offered in relation to this urgent need for practical guidance demanded by society (SDGs), and is based on practical and real examples, rather than theoretical constructions, from places where these issues have not been widely addressed.

The text is recommended as a way forward, not only for water resource managers and decision- and policymakers but also for students and teachers who wish to implement this MHS guide.

He has directed research projects related to hydraulic and energy efficiency in supplies, urban management of water systems, sectorization and water balance of networks, detection and location of leaks, and issues related to sustainable development, economic design of networks, sustainability diagnosis - ISA, contingent assessment of water resources, design of fluid systems in buildings, pressure hydraulics and assessment of environmental impacts, among others. He is the author of scientific articles, lectures and presentations at national and international conferences, and chapters of scientific books. He is an external evaluator of research and training projects (before the Permanent Commission of Postgraduate Studies of the Council of Higher Education (CES - Ecuador) and is an arbiter of international journals.

Andreas Fries received the degree of Dipl. Geographer in 2006 from the Ludwig-Maximilian University of Munich, Germany, which is equivalent to a M.Sc. degree. His Ph.D. (Dr. rer. nat.) degree in geography, specialized in climatology, he obtained from the Philipps-University of Marburg, Germany, in 2012.

From 2012 to 2015 he worked as research assistant at the Laboratory for Climatology and Remote Sensing at the Philipps-University of Marburg, Germany, where he also realized his post-doc as coordinator and codirector of the DFG (German Research Foundation) Transfer-Project "Operational rainfall monitoring in southern Ecuador" (BE 1780/31-1). Since 2015 he is working at the Technical University of Loja (Universidad Técnica Particular de Loja, UTPL) as principal professor and director of the climate observatory. His major field of study is tropical climatology, climate change, soil erosion and the impacts of deforestation on the local and regional climate.

To date, Andreas Fries has published 14 high ranked scientific articles, 2 scientific books and 2 scientific book chapters, besides several other publications. He was speaker at more than 20 international and national conferences and directed 2 theses, 2 master theses and 2 PhD theses.

In these 15 years of professional and research experience, the author has published a total of 9 scientific papers, several of them in JCR Journals and 5 books or book chapters and presented 11 communications or posters at national and international scientific congresses. He has also participated in 7 projects, scholarships or research contracts.

José Sánchez-Paladines obtained a university degree in Hydraulic Constructions at the University of the Friendship of the Peoples, UDN (Russia) by means of scholarship of the Soviet Government in 1971; in 1978 he obtained his improvement in Planning and Construction of Earthworks, by the National Institute of Agrarian Reform and Development, IRYDA, (Spain); and, in 2001 he obtained his master's degree in University Teaching and Educational Research, awarded by the National University of Loja, UNL (Ecuador).

He has rendered his professional services to Government Organizations, and to Non-Governmental Organizations as a consultant, developing studies of high responsibility and high benefit for the Collectivity. He has very extensive experience in Hydraulic Engineering consultancies for irrigation and energy, for water supply systems for human consumption and urban sewage systems; has been responsible for the follow-up of the preparation of the studies and subsequently responsible for the construction of the Tahuín dam (Ecuador); In addition, he has served as an auditor of different construction sites. He was general manager of the Enernatura Interamericana Company S.A. destined to the production of hydroelectric energy.

Pablo Ochoa Cueva finished his bachelor’s degree in 2004; in this year, he received his Engineering degree with a major in Environmental Management from the Universidad Técnica Particular de Loja (UTPL). Then he received a Higher Pedagogical Diploma with a major in Humanism in 2008 from UTPL. His doctorate degree studies were carried out in Spain where he earned a Research major in 2010 by the Córdoba University and he was awarded the doctorate degree (PhD) in Agricultural Sciences and Technologies of Natural Resources and Rural Development by Málaga University in 2015. Since 2005, he has been working for Universidad Técnica Particular de Loja (UTPL) and he holds the position of Main Professor A. He is a member of the National System of Researchers of the Secretariat of Higher Education Science, Technology and Innovation (SENESCYT). His expertise area is in Soil Management and Conservation. He has directed 15 bachelor’s degree theses, 4 master’s degrees and 1 doctorate degree as co-director. He has more than 15 research papers, congress works and book chapters. He has been invited to be a speaker in conferences and has been part of 20 research projects financed by national and international organizations. He has directed 5 of those research projects. He has been an evaluator of SENESCYT research projects, and he has been a reviewer in three indexed scientific journals.

Jorge Eugenio Arias Zari finished his economy career in 1988 and he received the title of economist from Universidad Técnica Particular de Loja (UTPL Ecuador). He did a postgraduate in Ecuador and got a master degree in "Project management for development" at Escuela Superior Politécnica del Litoral Ecuador and at present he is studying for being a Doctor in administration at economic and statistics faculty in Universidad Nacional de Rosario – Argentina. Furthermore he has got an international certificate given by BID – UTOL in 2001, he also has got an honorable mention to student merit in 1985.

From 1982 until 2005 he worked at Universidad Técnica Particular de Loja – economic sciences institute (UTPL - VIE), his jobs were: technical assistant of the university planning unit UTPL; Advisory center for economic and social development (UTPL - CADES) as holder teacher investigator. From 2005 until 2018 he worked at International University of Ecuador as Consultant teacher investigator. From 2007 until 2008 he worked as professor of post graduate students at Universidad Nacional de Loja (Ecuador)

His expertise area is: Teaching – Research – Consultancy – Consulting. He has directed economics, accounting and auditing theses. He is the author of two scientific articles of SurACADEMIA magazine of Universidad Nacional de Loja – Ecuador (UNL - Ecuador) 2017 - 2018. He is the author of teaching guides: Business management, strategic management and project elaboration at Faculty of economic and Hotel and tourism UTPL – Ecuador 2001 – 2002.

This is a very competently conducted economic/water resources case study of an equatorial mountain agricultural basin in Ecuador that is suffering from water stress. The study unites many tools for analysis of the water cycle with a market study to determine the value of water for different sectors or categories of consumers, for the general purpose of achieving a sustainable water supply. The book is well produced and features many color plates, including graphs, maps, and photographs. Each chapter is coauthored by one to three of the six other contributing authors, some in collaboration with Benavides Muñoz (Univ. Técnica Particular de Loja, Ecuador). All are academics except one, described as a freelance economist. One chapter in particular occupies almost half of the volume, providing a complete hydrologic/climatological assessment of the region. Other chapters cover various economic aspects including a drinking water market study and water service valuation. Two shorter chapters describe local environmental issues and climate change trends. The book concludes by drawing specific conclusions and recommendations for the case at hand. This work will be of use to professionals with similar problems to solve, and to advanced academics as a case study. 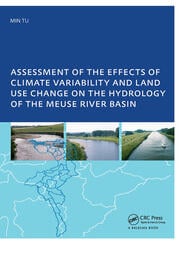 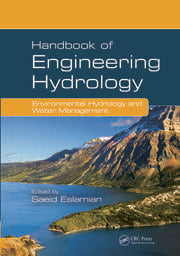 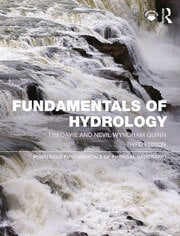