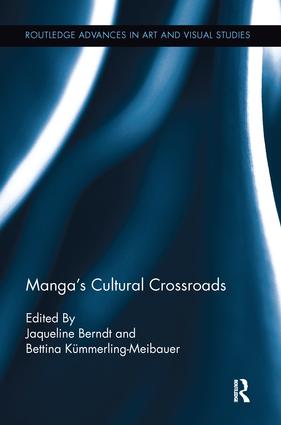 Focusing on the art and literary form of manga, this volume examines the intercultural exchanges that have shaped manga during the twentieth century and how manga’s culturalization is related to its globalization. Through contributions from leading scholars in the fields of comics and Japanese culture, it describes "manga culture" in two ways: as a fundamentally hybrid culture comprised of both subcultures and transcultures, and as an aesthetic culture which has eluded modernist notions of art, originality, and authorship. The latter is demonstrated in a special focus on the best-selling manga franchise, NARUTO.

'This is a timely collection that explores a burgeoning area of enquiry in an interesting and original manner. The chapters address a range of relevant topics for anyone interested in the study and history of manga, as well as addressing the adaptation of manga in different media.' - Matthew Green, Associate Professor, University of Nottingham

'Focusing on intercultural and transcultural issues, this collection presents a relatively unified picture despite the varying complexity of the essays. The second half of the volume is particularly cohesive: it offers analyses of the popular manga and anime Naruto. Though most of the contributions offer at least some literary or media theory suitable only for specialists, a few of the essays are approachable by nonspecialists: these include the preeminent Frederik Schodt's contribution on North America, Yamanaka Chie's discussion of Korea, and essays that offer novel but basic treatments of a variety of issues. And Bettina Kummerling-Meibauer contributes an intriguing chapter on the influence of comics and manga on picture books. The contributors are faculty or hold postdoctoral positions in academic or cultural institutions throughout the world. Overall the collection makes a great argument for further studies of manga. Those interested in Asian studies, media studies, and advanced literary studies will benefit most from this book. Summing Up: Recommended.' J.J. Meier, CHOICE

Bettina Kümmerling-Meibauer is Professor in the German Department at the University of Tübingen, Germany.

This series is our home for innovative research in the fields of art and visual studies. It includes monographs and targeted edited collections that provide new insights into visual culture and art practice, theory, and research.