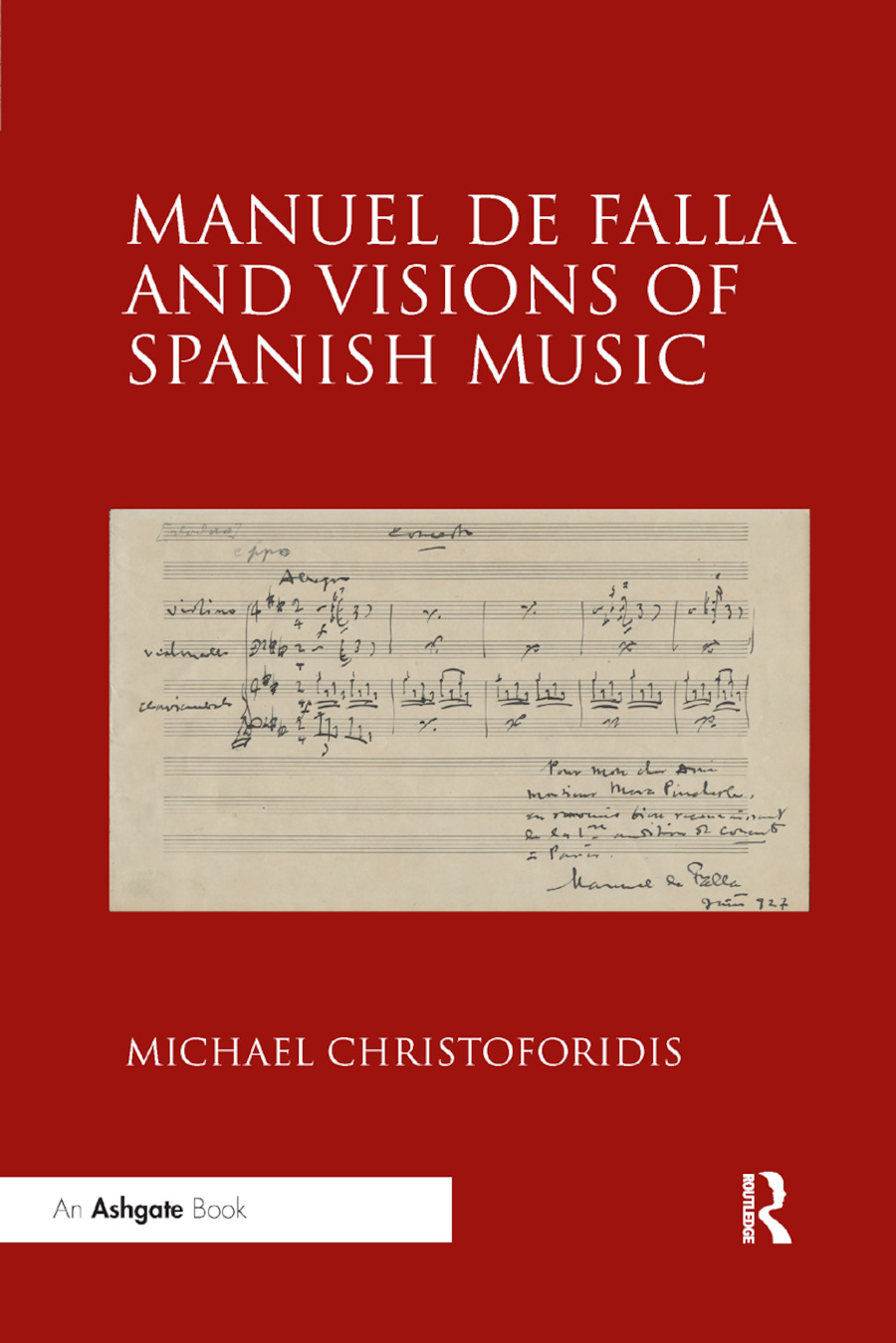 Michael Christoforidis is widely recognized as a leading expert on one of Spain's most important composers, Manuel de Falla. This volume brings together both new chapters and revised versions of previously published work, some of which is made available here in English for the first time. The introductory chapter provides a biographical outline of the composer and characterisations of both Falla and his music during his lifetime. The sections that follow explore different facets of Falla’s mature works and musical identity. Part II traces the evolution of his flamenco-inspired Spanish style through contacts with Claude Debussy, Maurice Ravel and Igor Stravinsky, while Part III explores the impact of post-World War I modernities on Falla’s musical nationalism. The final part reflects on aspects of Falla’s music and the politics of Spain in the 1930s and 1940s. Situating his discussion of these aspects of Falla's music within a broader context, including currents in literature and the visual arts, Christoforidis provides a distinctive and original contribution to the study of Falla as well as to the wider fields of musical modernism, exoticism, and music and politics.

2. Conversations with Claude Debussy: La vida breve and Beyond

3. Isaac Albéniz, Claude Debussy and Views of the Alhambra from Paris

8. New Orchestral Horizons and Echoes of the Past in El retablo de maese Pedro

9. The Mysterious Case of the Disappearing Moors in El retablo de maese Pedro

10. The Aesthetics of Sobriety: Reconciling Faith and Modernity

11. Hispanic Traditions through the Lens of European Modernity in the Concert

In Search of Atlantis

12. Greek Echoes in the Construction of Hispanic Identity

13. Negotiating Politics, Religion and the Idea of Castile in 1930s Spain

14. Argentine Afterword: Thoughts on Religion, Spain, and Global Cataclysm from the New World

Michael Christoforidis lectures in musicology at The University of Melbourne, where he completed his doctorate on Manuel de Falla’s neoclassical music (1997). As a musicologist, he spent several years in Madrid and Granada, including extensive research at the Archivo Manuel de Falla. The main focus of his publications has been on nineteenth- and twentieth-century Spanish music and dance, and he is the co-author of Carmen and the Staging of Spain with Elizabeth Kertesz.